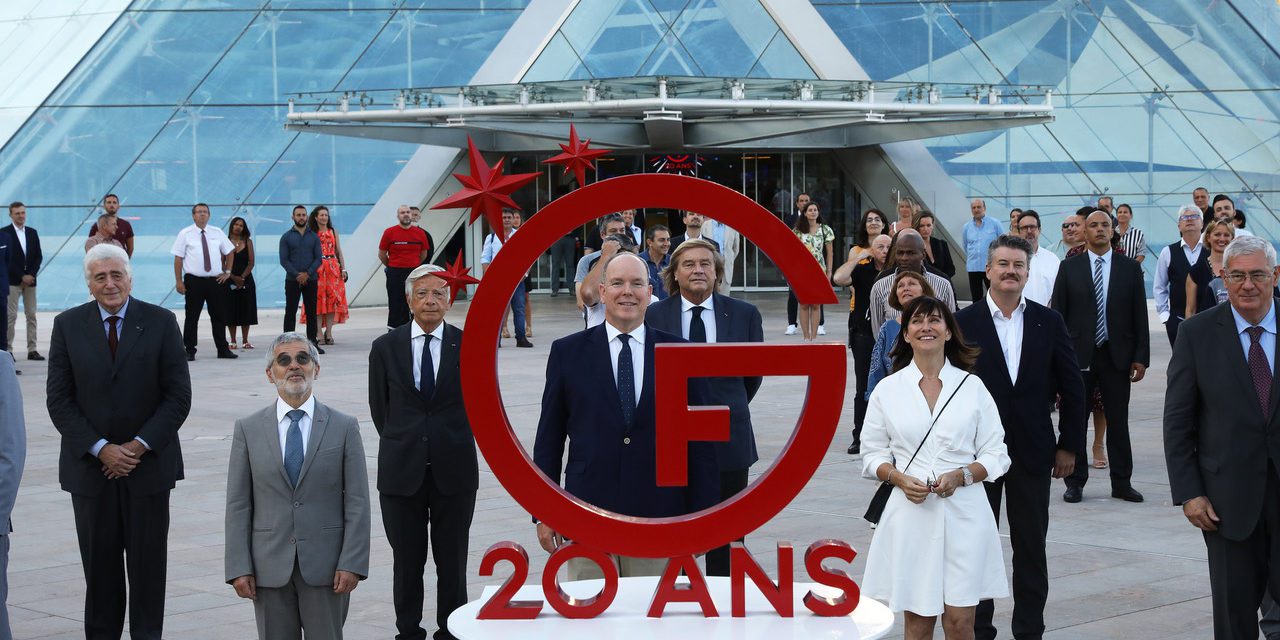 To mark its 20th anniversary, the Principality’s congress and culture centre held a ceremony to thank its teams and its board of directors, in the presence of HSH Prince Albert and Interior Minister Patrice Cellario.

Almost all the employees of the Grimaldi Forum Monaco (GFM) were there, despite the current crisis and the total temporary lay-off situation (CTTR), to celebrate this anniversary with dignity and enthusiasm.

The great team spirit at the heart of the anniversary celebration was summed up by Sylvie Biancheri, Director General of the GFM, as an “extraordinary human adventure with a team many of which have been there since the start and which every new recruit enthusiastically joins”. Fifty-four percent of the workforce have been there for ten years, with 25 percent of them there since 2000.

After the screening of a film about the Grimaldi Forum at the dawn of the 21st century, Sylvie Biancheri also spoke of the emotions, experiences and profits of the GFM, which reached record figures in 2019: a turnover of 25 million euros, 290 000 visitors and nearly 120 events, after having experienced constant growth over the past five years.

With these figures in mind, the Grimaldi Forum Monaco today remains optimistic. A recovery is expected from September with a full calendar of events. All the health arrangements have already been made and the Grimaldi Forum will innovate from the start of the new school year with a new hybrid event concept to overcome the impossibility of face-to-face meetings and also to optimise exposure to an event.

The commercial policy of the congress and culture centre has been refocused on local markets and before the end of the year the GFM will launch visits to its spaces in 360° virtual reality, a way to get closer to its customers and introduce them to its new 600 square-metre terrace – usable from the start of the school year – and the extension to its building as part of the Marretara eco-district project.

In terms of culture, even though the Monaco and the Automobile exhibition has been cancelled, its catalogue has nonetheless been published and is already available to buy, and the GFM is looking to the future, with two major summer exhibitions already confirmed: the first one in 2021 dedicated to Alberto Giacometti, with the largest loan ever granted to the eponymous foundation, and the second in 2023 dedicated to the master of impressionist masters: Claude Monet.

In the shorter term, during the week of July 20, the exact date of its 20th anniversary, there will be a cultural retrospective devoted to the twenty most important major summer exhibitions and its musical program over the past twenty years. The retrospective will be published on the website and social media of the Grimaldi Forum Monaco.