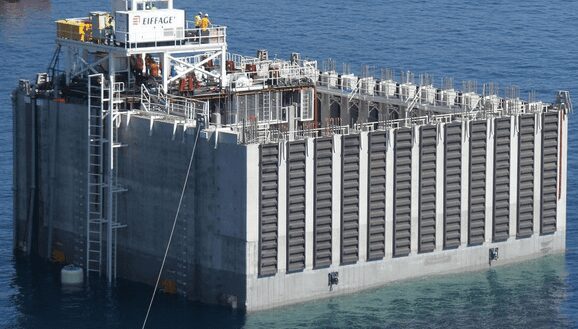 Falsified documents were at the centre of a Monaco court case brought against a specialist construction company.

The firm – La Monégasque de travail spéciaux – was responsible for analysing the ingredients of poured concrete to be used in the construction of the 18 caissons that form the outer barrier of the Portier land extension.

Last week in court in Monaco the director of the company admitted the inaccuracy of the documents provided to Sigma Beton, the company responsible for building the huge structures. His company’s appeal against an original ruling against it in February, and a fine of 10,000 euros, was dismissed.

Jen-Luc Nguyen, who is in charge of the Portier project on behalf of the Government, has allayed any fears that the concrete used is defective, either structurally or in terms of chemical reactions with seawater, since the falsification of the documents took place before the caissons were built.

PHOTO: One of the 18 massive caissons Eiffage