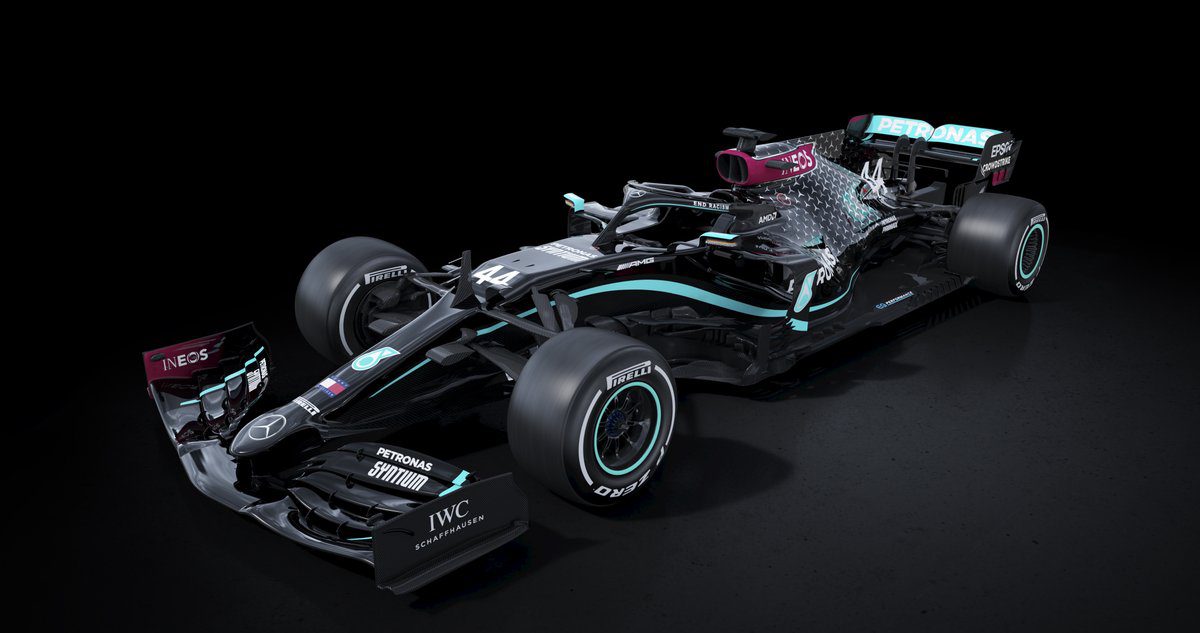 Mercedes-AMG Petronas have, without a doubt, dominated in the latter half of the last decade of Formula 1. The colossal constructers have assisted driver Lewis Hamilton in winning most of his six world championships, four of which were in the last five years. However, the ‘Silver Arrows’ will be returning to racing with a renewed purpose in the remaining races of the 2020 season.

Mercedes-AMG have decided to ditch their traditional ‘Silver Arrows’ livery with which they have decorated their cars since their launch in 2010. Instead, the constructors have launched a new livery for their dominating W11 car. The new design will feature a call to ‘End Racism’ on the halo of the car as well as the  #WeRaceAsOne F1 initiative on the wing mirrors of the machine. Not to mention the radical overhaul of the infamous colour scheme to a tasteful black. Drivers Lewis Hamilton and Valtteri Bottas will don matching black overalls which will almost certainly look classy on the podium.

The Bicester-based team said only three percent of its workforce identified as being of an ethnic minority while 12 percent of its employees are female. In a statement, it said: “This lack of diversity shows that we need to find new approaches to attract talent from many areas of society we do not currently reach.” The team is backing this statement up with a new diversity and inclusion programme.

“Racism and discrimination have no place in our society, our sport or our team: this is a core belief at Mercedes. But having the right beliefs and the right mindset isn’t enough if we remain silent,” said team boss Toto Wolff, adding; “We wish to use our voice and our global platform to speak up for respect and equality, and the Silver Arrows will race in black for the entire 2020 season to show our commitment to greater diversity within our team and our sport. We will not shy away from our weaknesses in this area, nor from the progress we must still make. Our livery is our public pledge to take positive action.”

Star driver Lewis Hamilton has, as the first ever black F1 driver, been vocal in his support of the Black Lives Matter movement.

Lewis has recently formed the Hamilton Commission which is designed to help encourage young people from black backgrounds into studying science, technology, engineering and maths (STEM) subjects, in partnership with the Royal Academy of Engineering. To read more about this project click here.

The purposeful new livery will debut this weekend at the Austrian Grand-Prix, the first race since the 2020 season’s pandemic induced pause at the beginning of the year. The fresh design will surely stand out among the multitude of colours on the grid in Austria and should be the start of a new, inclusive era in Formula 1 racing.