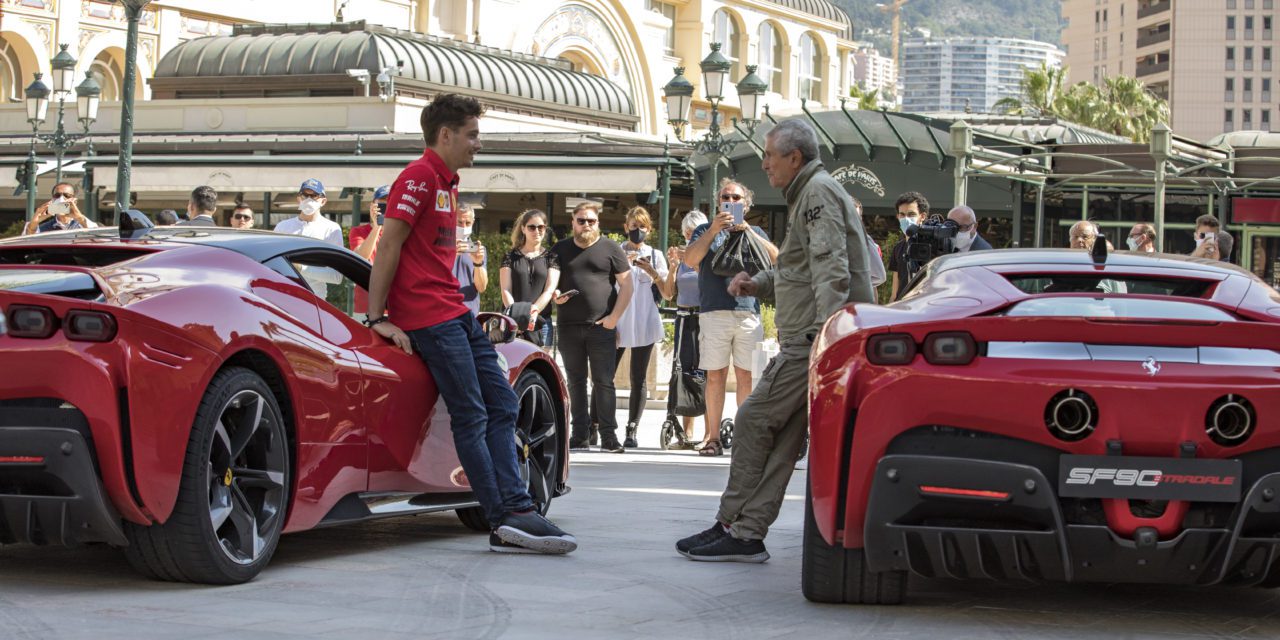 The highly anticipated short film ‘Le Grand Rendez-Vous’ debuted on June 13. The filming was orchestrated by French director Claude Lelouch and was the first filming in France and Monaco since quarantine began.

Monegasque F1 sensation Charles Leclerc took the wheel of the special Ferrari SF90 Stradale and was shot storming the streets of the Principality. HSH Prince Albert joined Leclerc, and the Prince can be seen enjoying himself even behind his mask as the Ferrari pilot navigates the demanding corners of the Grand Prix track.

Leclerc was also joined by Rebecca “the florist” who, upon his arrival, exchanged some bouquets for a ride along. The short film is nothing short of special and shines a light on Monaco’s unique charm. Check it out for yourself here:

For images and details from the morning of the shoot itself tap here.