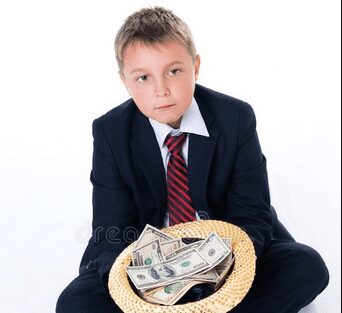 For the first time in history, the UK government this week sold 3-year gilts (bonds) with a negative yield of 0.003% and 2 year gilts that are paying -0.027%. The name ‘Gilt’ is short for gilt-edged, meaning a financial security that is regarded as an extremely reliable investment and if investors are willing to pay for the privilege of lending money to the government then who could possibly argue with that description. Of course, this is hardly the first time that countries have borrowed at negative rates, Britain is actually rather late to the party, and we know that Donald Trump would love to see America being paid to borrow. Such a concept has great appeal for the self-proclaimed ‘King of Debt’, it must sound too good to be true.

Most people understand that being paid to borrow money is not normal. In fact, it is the opposite of normal. It is a quirk of modern day financial markets that large institutional investors still feel that a government bond which is designed to lose money if held to maturity is the best investment they can buy with their client’s money (you can bet there aren’t many individual private investors falling over themselves to buy negative-yielding bonds). One reason they are buying is because they have a lot of money they have to invest in something, the large sovereign debt markets are the most liquid and there are few ‘safe’ options. A second reason reflects another strange feature of today’s markets – whilst income might be absent, the propensity for central banks to buy more and more debt means there are huge buyers in the market pushing up prices and bonds have become a source of capital gains. If you can buy enough bonds, ahead of the central bank (known as frontrunning), you can generate a reasonable return.

However, the real reason government are being paid to borrow is not that they offer such a good deal, but it is because, economically-speaking, things are extremely bad. The fact that interest rates in major economies are close to zero or even below zero is a sign of desperation, it indicates the exhaustion of monetary policy. They have been lowered and lowered without having sufficient positive impact on economies and central banks have been unable to raise them since the financial crisis because there has never been a strong economic recovery in 12 years (even America’s has been sub-par by historical standards). But the massive increase in government debt since the financial crisis, especially recently, also means that interest rates can never be raised without sending asset prices crashing (as 2018 showed us) or without crippling the heavily-indebted household and corporate sectors. Don’t forget that many companies were asking for bailouts just a few weeks into the current slowdown, it is hard to imagine how they would cope with a drawn out recession.

Finally, if you needed evidence of how great negative yields are, we can look at the eurozone, Sweden and Japan as shining examples of hope over reality – these economies are behaving as though they are on life support rather than thriving as a result of the ultra-low cost of borrowing money. No one running these countries really knows where long-term sustainable growth is going to come from. They also highlight the fact that dropping rates to zero or below is a dangerous game because, if they don’t get the economy roaring back to life, then it becomes very difficult to reverse the policy. You get stuck in a dead end. Why the US would want to follow Europe and Japan down this route is hard to comprehend.

There is one silver lining – governments can push the problem further down the road. The US Treasury just sold $20bn of bonds with a yield of 1.22% and they don’t have to worry about repaying the capital until 2040. However, the US federal debt is already equivalent to over $200,000 owed per taxpayer. It is hard to imagine what that liability will look like when today’s children are trying to make their way in adult life.