More flights being added from Nice 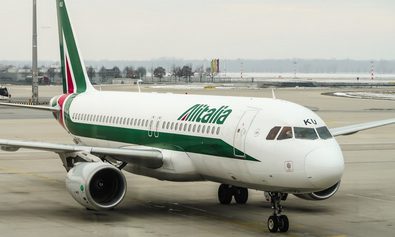 The partial relaxing of lockdown in Italy on Monday, May 4, resulted in a small number of flights being resumed at Rome’s Fiumicino Airport, including an Alitalia service to Nice. Strict regulations about who is allowed to fly, plus social distancing on the flights, will mean that passenger numbers will be low for the near future.

Another carrier to add a service from Nice is the Hungarian low-cost airline Wizzair, which is adding a service to Vienna from Sunday, May 17. The move is significant because Vienna is an important hub for many German destinations. The service will operate once or twice a week initially.

In related news, Vienna Airport is offering incoming travellers – who are not in transit – the option of taking on the spot coronavirus tests in order to avoid a 14-day quarantine. The results take two or three hours and the cost is 190 euros.

Meanwhile, the French authorities have clarified the rules on quarantine, saying that incoming travellers from the Schengen states plus the UK will not be subject to a two-week isolation measure which will apply to passengers from third countries. A list of ‘countries at risk’ is being compiled, a spokesperson for the government said.

At present, apart from the flights to Rome and a BA service to Heathrow (not every day), Nice Airport is operating Air France flights to Paris CDG and to Corsica.

The United States will almost certainly head the list. The New York Times reported on Monday that modelling by the Centers for Disease Control and Prevention and the Federal Emergency Management Agency forecast about 3,000 daily deaths, and 200,000 new cases each day by the end of this month, up from about 25,000 new cases each day now.