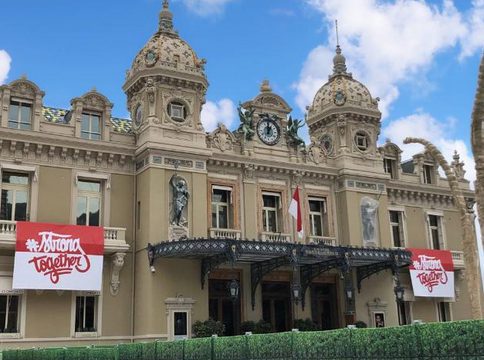 The Prince’s Government has given details of measures to support workers affected by the health crisis.

The objective of the Government is to support as much as possible all those hard hit by the containment measures. To date, 21,650 employees have been placed in reinforced temporary total unemployment. Between 2,000 and 2,500 self-employed workers have been deprived of income. Faced with this exceptional situation, the Monegasque authorities are deploying an arsenal of support measures.

Government help has been requested by 2,625 employers and concerns 21,650 employees, or 40 percent of Monaco employees.

The state has already agreed to reimburse employers up to 80.6 percent of the net salary of each employee, at a monthly cost of 50 million euros per month.

Self-employed workers in the Principality will be able to claim an “Extraordinary minimum income” fixed at 1,800 euros per month, allocated on simple supporting documents by the General Treasury of Finances. Cost of the measure: three million euros per month (based on an estimate of 2,000 to 2,500 applicants).

A total of 6,000 temporary workers have been hit hard by the crisis, since they are not eligible for the CTTR. To relieve them, the state will make advance payments to temporary work agencies for the paid holidays due.

Concerning state premises, the March rents will be reimbursed. Rent for the next three months will be fully exempt. Regarding private commercial rents, the State has decided to intervene with various owners to make them aware of this crisis situation.

Since the State cannot do this directly, it will immediately inject an amount initially set at 50 million euros intended for the smallest of SMEs through banking establishments. On the basis of simplified procedures, these entrepreneurs can benefit from a sum of up to 50,000 euros to pay the wages or rent which constitute their main fixed costs. These amounts loaned by the banks are guaranteed by the State. This means that in the event of default by the borrower, the government will reimburse the bank. For the bank, the risk is therefore zero.

Employers who would like to pay the additional 20 percent of their employees’ wages so that they receive a 100 percent will be exempt from social charges on this additional part.

A total of 993 companies in the Principality have adopted teleworking; to date, it concerns 10,381 employees compared to 1,300 before the coronavirus crisis. Teleworking is becoming the norm, it is made compulsory whenever possible. This means that each refusal to allow it must now be clearly justified.

The Prince’s Government, in agreement with the National Council, has taken a decision to make any dismissal impossible except in the event of proven gross negligence.

The costing of the emergency economic measures will be examined in the Government Council, before being presented to the National Council in a draft exceptional budget.

PHOTO: A statement of solidarity from SBM on the Casino SBM