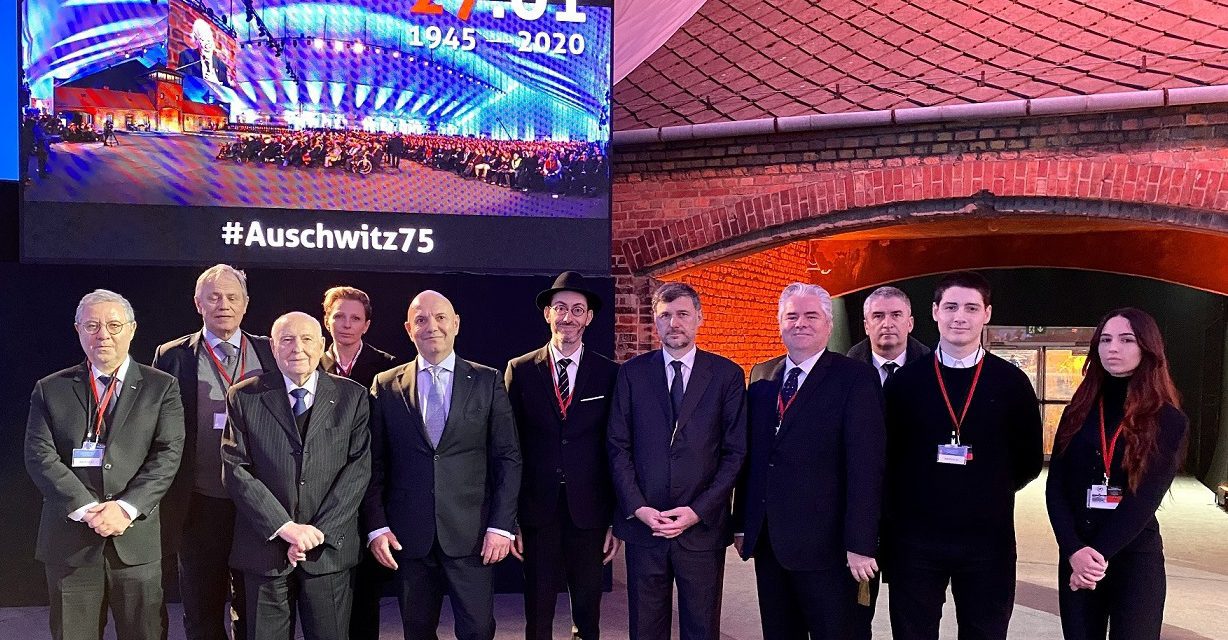 A delegation led by Mr Laurent Anselmi, Minister for External Relations, represented the Principality on January 27, 2020, during the commemoration of the 75th anniversary of the liberation of the Auschwitz Camp-Birkenau.

Under the patronage of the President of the Republic of Poland, HE Mr Andrzej Duda, more than 50 Heads of State, Government and Representatives of international organisations took part in the ceremony, in a large tent erected on the forecourt of the “death gate.”

The Heads of Delegation proceeded to the foot of the international monument erected in memory of the 1.5 million men, women and children who were exterminated in the camp between 1940 and 1945, in order to deposit a candle.