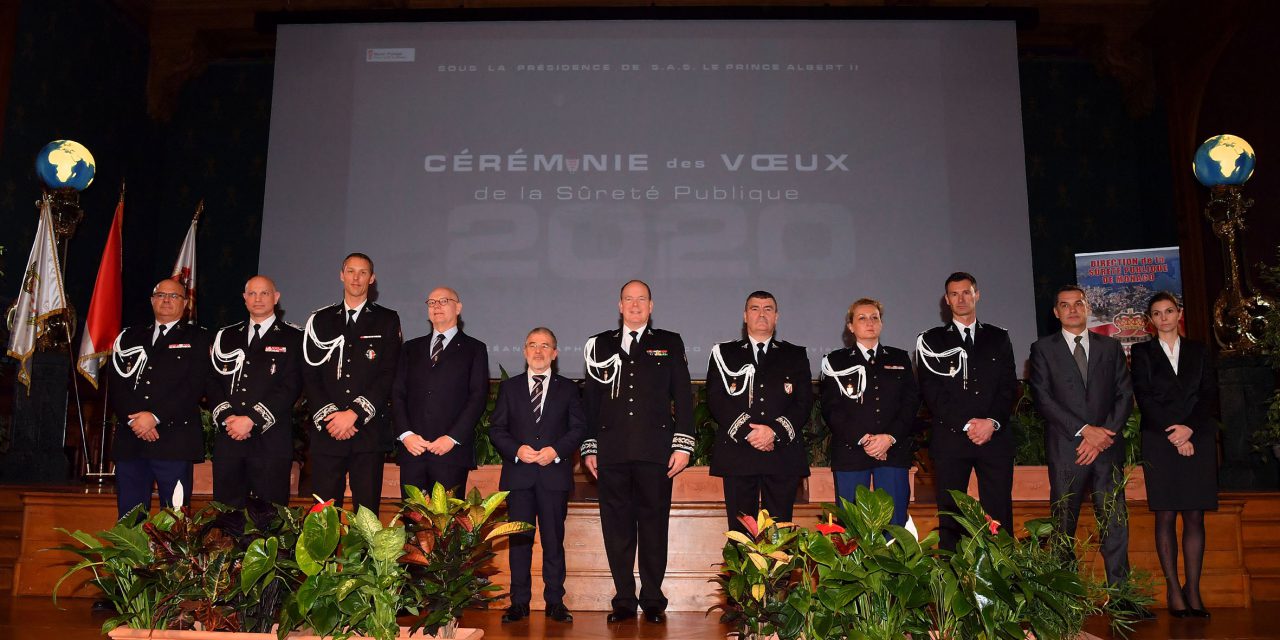 Between 2016 and 2019, general delinquency fell by 16 percent and delinquency on public roads by 52 percent, according to figures announced on Monday, January 13.

Patrice Cellario, Minister of the Interior, speaking at the annual New Year greetings ceremony of the Directorate of Public Safety, said there had been a fall from 2018 to 2019 from 936 to 889 crimes of general delinquency, and from 121 to 90 crimes of crimes on the public highway.

The Minister said that the decline in crime rates was due to a national plan, known as Sûreté 2020. He promised more success in 2020, thanks in part to the creation of a drone interception unit, the implementation of additional means for the protection of vulnerable people, the IT overhaul of the residents section, and the creation of the Living Environment Preservation Unit (UPCV), which will be made up of 10 agents.

HSH Prince Albert responded by saying: “Together, we will persist, in vigilance and rigour, in strengthening the security of this haven of tranquility that is the Principality of Monaco.”