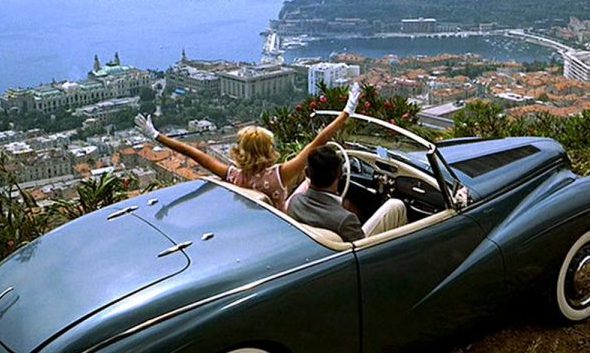 Top Marques will be present at Rétromobile in February with an identical replica of the convertible sports car driven by Grace Kelly in the cult movie To Catch a Thief.

Currently a highlight of Prince Albert II’s private car collection in Monaco, the Sunbeam Alpine 1954 will be displayed at the Paris show from 5-9 February 2020.

Organisers of Top Marques announced last week that as well as showcasing the very latest supercars and hypercars at its 17th edition, from June 11 – 14, 2020, it would also be adding two new spaces dedicated entirely to vintage cars.

The Sunbeam Alpine 1954 is an extremely rare replica of the getaway car driven by Grace Kelly in the Alfred Hitchcock movie filmed in 1955. With Cary Grant by her side, the actress manages to flee the French police in the Sunbeam Alpine 1953 in a daring car chase along the Moyenne Corniche above Monaco.

The sapphire blue Sunbeam Alpine 1954 – a left-hand drive like the car in the film – was bought by the Car Collection of Prince Albert II in 2012 and completely restored to conform to the model that starred in the movie.

The Top Marques team will also be joined on their stand at Retromobile by former F1 and Endurance driver Thierry Boutsen, who will be available at the weekend to meet the public and sign autographs.

Retromobile is the world’s largest indoor classic car show, with more than 1,000 vintage vehicles confirmed for its 45th edition.