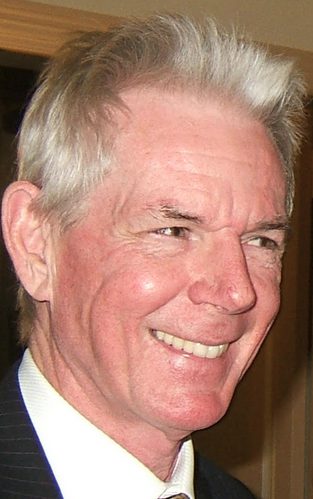 Francis O’Hara, a great enthusiast of the Princess Grace Irish Library, passed away earlier this week at his home in Nice. He had been a Trustee since 2011 and was a constant and welcoming presence at the Library’s many literary evenings.

Announcing his passing, Judith Gantley, Administrator of the Princess Grace Irish Library, echoed the feelings of Francis’ many friends and acquaintances when she said that Francis will be missed greatly by everyone at the Library.

“After extensive training in the UK, Italy and Switzerland, graduating from the CEEL (Le Centre Européen pour l’Evaluation Linguistique), in Geneva, he came to live in the south of France in the mid 1980s, working as the Director of Studies at Audra Langues, Nice, and as an English teacher at the business university – L’Ecole Supérieure de Commerce – IPAG, also in Nice,” Ms Gantley wrote.

“Passionate about the written word, Francis wrote a number of poems, stories and articles for the international press.”

On her Facebook page, Dana Kennedy, the American journalist who often writes from the Riviera, described Francis as “an Irish dandy out of central casting.” Monaco Daily News publisher Ian Brodie adds: “Francis was a great pleasure to be with. He combined an inquisitive mind with demonstrable kindness and above all, tremendous modesty.”