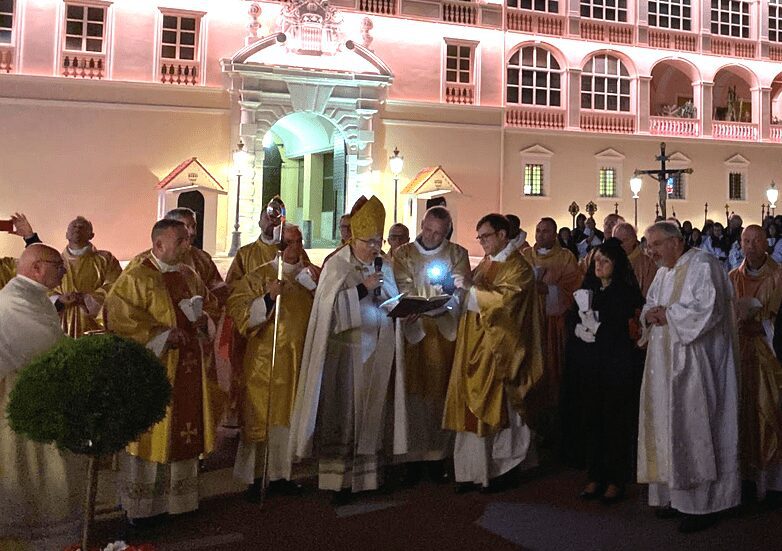 The feast of the Immaculate Conception was celebrated by Monsignor Bernard Barsi in Monaco Cathedral on Monday evening in the presence of Mr Patrice Cellario, Minister of the Interior, Mr Jacques Pastor and Mrs Karyn Ardisson-Salopek, assistants to the mayor.

During the Mass, the prayer of the Prince Honore II, made in 1631 in the name of the population to thank the Virgin Mary for having liberated Monaco from the plague, was renewed.

Despite the strong wind, a procession followed the service along the streets of the Rock. The Archbishop blessed the manger in front of the Prince’s Palace and a stop was made in front of number 7 rue Basse, to honour the place where the last plague victim died. the celebration ended in front of the Chapel of Mercy.

The feast of the Immaculate Conception is also the patronal feast of the Cathedral, the Archconfraternity of Mercy. Canon Cesar Penzo, chaplain of the Prince’s Palace, celebrated his 66 years in the priesthood on the same day.