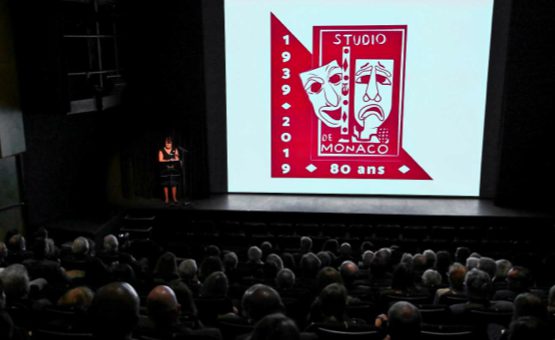 On the occasion of its 80th birthday, the Studio de Monaco staged “Chat en poche”, a vaudeville by Georges Feydeau, directed by Ariane Alban, to mark its 80th birthday on November 29 and 30 at Théâtre des Variétés. HSH the Sovereign Prince was present for one of the performances.

Presently under the presidency of Béatrice Cellario, the Studio de Monaco was founded in 1939 by a small group of theatre enthusiasts led by Guy Brousse, considered one of the best theatre promoters in France.

Princess Antoinette, sister of Prince Rainier, immediately accepted the Presidency of Honour, and today her daughter, Baroness Massy, ​​carries on the role.

Classes are offered to all audiences from seven to 99 years in different artistic fields: theatre for ‘Benjamins’, ‘Teens’ and ‘Adults,’ beginners and confirmed thespians; contemporary dance classes, flamenco and muscle building, as well as classes in singing.

In 1957, the Studio also created the World Festival of Amateur Theatre, which brings together troupes from all over the world every four years in Monaco.