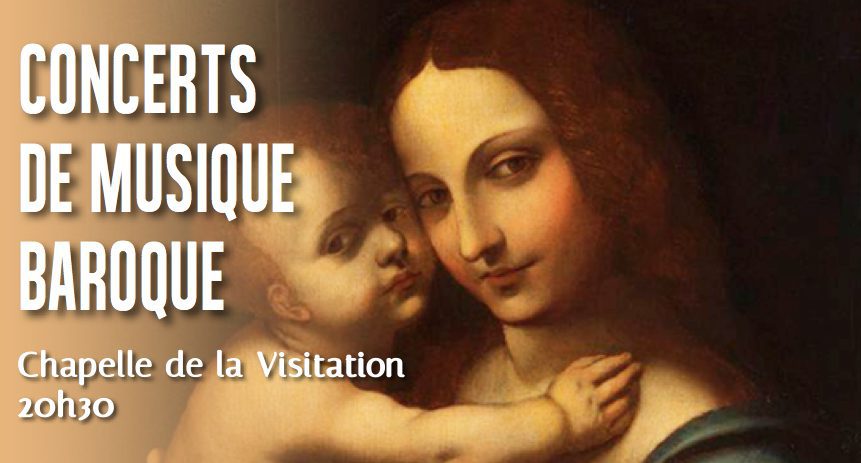 This year, for the first time, the public will be invited to enjoy three concerts at the Chapel of the Visitation as a prelude to Christmas.

Roland de Lassus and Giovanni Pierluigi da Palestrina, the two great figures of the polyphony of the second half of the sixteenth century, crossed each other in Rome in 1554. The influence of the two masters then extended to European chapels where the great polyphony found its apogee. The Animated Voices, a set of six a cappella voices, proposes a journey from Rome to London via Madrid, Seville, Dresden, Munich and Brussels, in a program in the colours of the Nativity. Creatio Divina – Splendours of Sacred Music for Christmas time by Les Voix animées, directed by Luc Coadou. Tuesday, December 3, 2019, starting at 20:30.

On Wednesday, December 4, 2019, Christmas from Venice to Salzburg by The Parliament of Music, direction Martin Gester: In Italy, in Austria and in the Alpine regions, Christmas is sung in the style of shepherds’ music, that is to say in “pastoral.”

A magnificent closing program with works by Marc-Antoine Charpentier, Michel-Richard Delalande and Henri Dumont for three men’s voices, two violins, a viola da gamba and an organ. An evocation of the Christmas music that was given in the Royal Chapel of the Palace of Versailles. Chapel of the Visitation – Place de la Visitation – Monaco-Ville. Free admission within the limit of the available places – Opening of doors at 20:00.

These concerts are organised by the Cultural Affairs Department of the Principality.