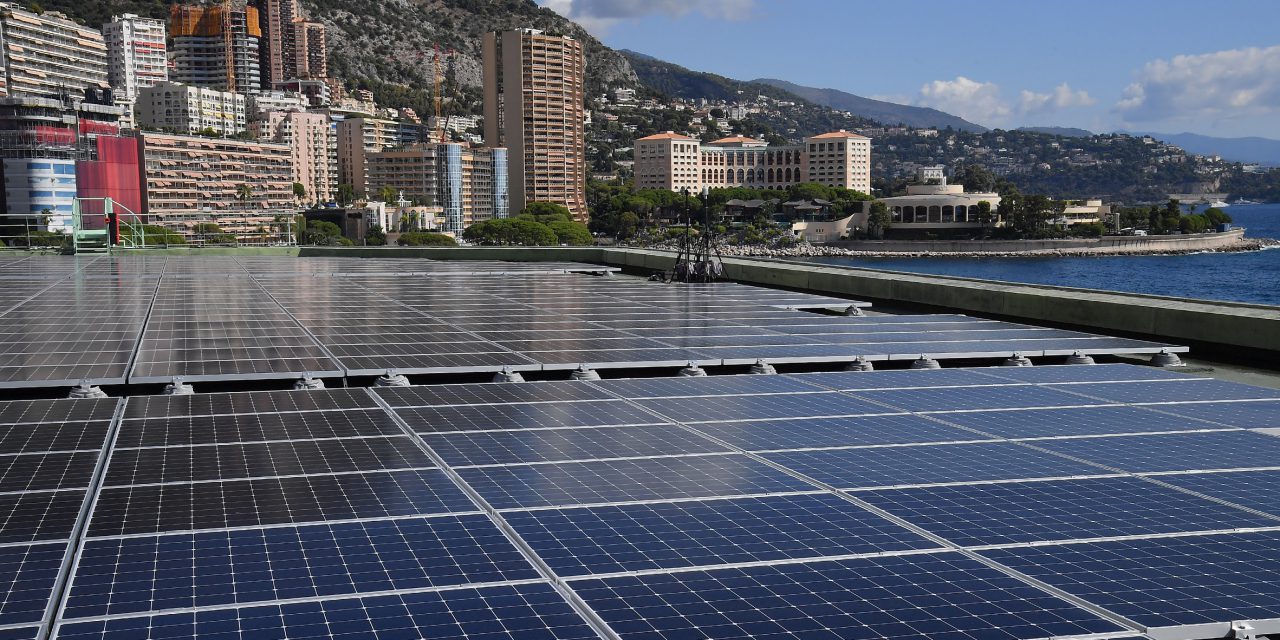 Thanks to Monaco Energies Renouvelables, created in partnership with SMEG, the Principality has acquired eight solar power plants in France. Together, they will cover 10 percent of Monaco’s electricity needs.

For the past two years, photovoltaic panels have been spreading over the roofs of the Principality, both private homes and public buildings, including the Parc and Révoires schools and the Lycée Technique et Hôtelier. The next scheduled installation will consist of nearly 500m2 of roof panels on the Fontvieille Fire Station. They will produce 88,000 KWh annually, reduce the release of CO2 into the atmosphere by 7.2 tons per year and make the entire building and its 40 autonomous homes 27 percent carbon free.

Last April, 1000 m2 of photovoltaic panels were inaugurated on the roof of the Monte-Carlo Bay. A solar power station financed, operated and built by SMEG, under the “SunE” contract benefiting from the Government subsidy guaranteeing 15 years of photovoltaic energy production.
of
In mid-September, HSH the Sovereign Prince inaugurated a 2,425 m2 of photovoltaic panels on the roof of the Grimaldi Forum, also installed by SMEG. This equipment, which anticipates the needs of the Portier land extension and will contribute to the energy balance of the future district, has benefited from a financial contribution of 1.5 million euros paid by the developers, SAM l’Anse du Portier.

To encourage the use of solar energy by private individuals, the Government put online in June 2017 a solar register that informs all residents of the solar photovoltaic production capacity of each roof in Monaco (www.cadastresolaire.mc). Since 2008, the State offers subsidies for the installation of photovoltaic and thermal solar panels.