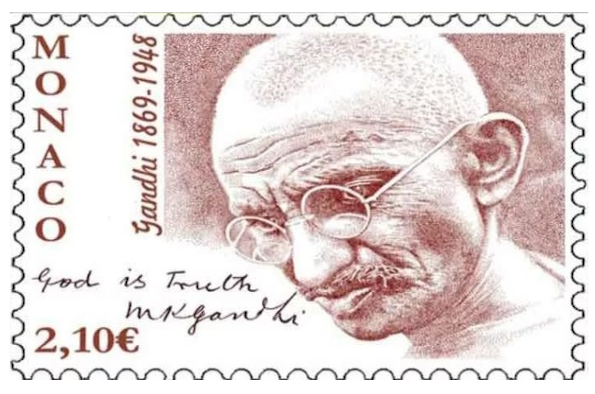 Monaco will release postage stamps featuring Mahatma Gandhi on the 150th anniversary of his birth on October 2. Priced at 2.10 euros, 40,000 stamps will be on sale at the ”Office des Timbres”, the ”Musee des Timbres et des Monnaies”- post offices and philatelic outlets in the Principality.

“It will be included, with other values, in the second part of the philatelic programme of 2019 and offered to our subscribers and customers,” the Stamp Office said.