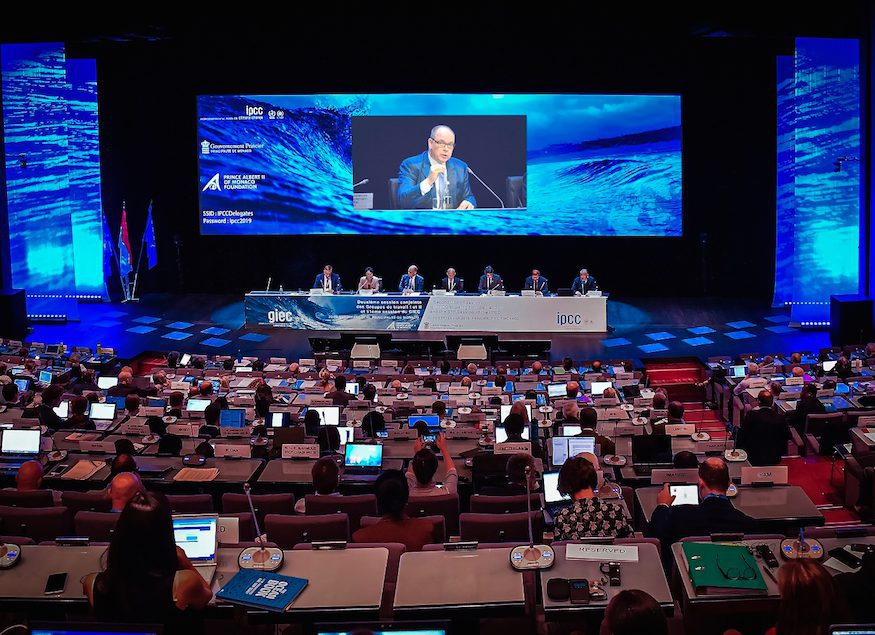 The 51st Plenary Session of the IPCC, Intergovernmental Panel on Climate Change, being held at the Grimaldi Forum Monaco from September 20 to 23, was opened on Friday morning with an address by HSH the Sovereign Prince in the presence of more 500 scientists and experts from around the world.

He borrowed a famous quote to sum up his state of mind in the face of the climate crisis: “It is the worst of times,” wrote my great friend the oceanographer Sylvia Earle, “but it is the best of times, because we still have a chance.”

The IPCC Special Report on the Oceans and the Cryosphere – pack ice, glaciers, and polar ice caps – will be reported to the international press on September 25 at the Oceanographic Museum in Monaco.

This publication is the latest in a series of three special reports, following a first on the possibility of containing global warming to 1.5 degrees, published in October 2018, and a second one on climate change and land, August 2019. This third study, “Ocean, Cryosphere and Climate Change,” study draws on the impacts of climate change and asks the question: what if the oceans become our worst enemies?”