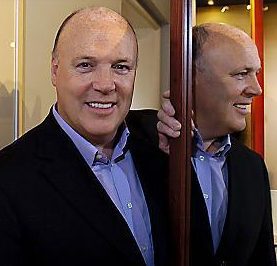 Pressure is growing on Monaco resident Jim McColl to leave the Scottish Government’s council of economic advisers to which he was appointed in 2007.

Labour member of the Scottish Parliament Neil Findlay said Jim McColl should be removed because some of his pet ventures have used public money but since failed. McColl is the chairman and chief executive of Glasgow’s Clyde Blowers Capital, an industrial investment firm.

The main bone of contention appears to be the funding of a privately funded school for 14-16 year olds who had become “disengaged” from education, according to Scotland’s Herald newspaper. The Scottish Government put up almost £1.2 million for the school, for which McColl was described as the driving force, but following the failure to get funding from the Glasgow city council the school closed.

Findlay told the Herald on Sunday: “Jim McColl’s recent track record raises serious questions – he has created chaos at Ferguson’s by pushing workers to the brink and NJC previously took public money to set up a school that went on to close. “Nicola Sturgeon should seriously reconsider his place on her council of economic advisers. The First Minister should explain why a Monaco-based billionaire was appointed to this important group in the first place.”

Meanwhile Patrick Harvie, the co-leader of Scottish Greens, has urged the Government to “reconsider” McColl’s role on the advisory body. In February this year, McColl said he felt no “guilt” about living in Monaco, adding that his move to the Principality was motivated by his love of sports cars, not tax benefits.

A Scottish Government spokesperson told the Sunday newspaper: “The Council of Economic Advisers is an important body with a diverse range of expertise offering advice to Ministers on broad economic issues. Membership has evolved over time to ensure the council has the required expertise to address its remit and focus at any given period. Following the sad death of Sir James Mirrlees and the recent departure of Frances Ruane, membership is currently under review.”