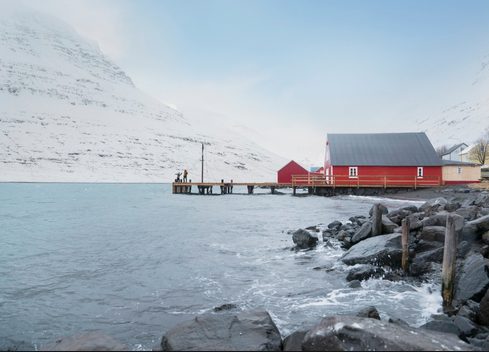 A number of media outlets in Iceland have reported on recent purchases of vast arrears of land in the country by foreign investors, who now own land in most of the East Fjords.

Swiss investor David Jakob Blumer, senior manager of BlackRock, has bought two pieces of land in the East Fjords, one of which is the farm Eyri in Fáskrúðsfjörður fjord, which he bought in 2017; the other one is the abandoned farm Arnaldsstaðir on Kelduá river, East Iceland, purchased last year, the daily Morgunblaðið reports.

BlackRock is the world’s 10th largest hedge fund with more than $28.6 billion under management. The company has recently come under fire for its large investments in fossil fuels.

Monaco resident and Yacht Club member Sir Jim Ratcliffe owns vast areas of land in East Iceland, including land in Þistilfjörður, Bakkafjörður, Vopnafjörður and Seyðisfjörður fjords, according to the Icelandic press. Sir Jim’s firm Ineos is heavily involved in controversial fracking operations in the UK, whose restrictions on the environmentally-damaging and controversial carbon extraction process have been described by the UK’s richest man as “pathetic.”

The unnamed CEO of a company in Monaco is planning to operate a hotel, including numerous cottages, in Stöðvarfjörður fjord, according to Iceland Monitor.

While Swiss investors have been very active – a company called Búð ehf., founded in 2016 and registered in Zug, Switzerland, has bought several abandoned farms – Icelandic investor and businesswoman Áslaug Magnúsdóttir, who lives in New York, bought Össurardalur valley, north of Höfn, Southeast Iceland, in 2016, intending to use it for tourism services.

It is at present unclear what intentions the foreign investors have for their recently-acquired land.

PHOTO: From the Iceland tourist board