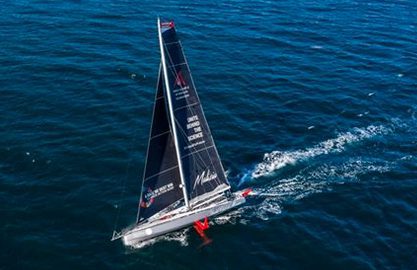 Greta Thunberg, the 16 year-old climate activist, will travel from the UK to New York in mid-August on Malizia II, the high-speed monohull owned by German property mogul Gerhard Senft. Monaco Yacht Club is sponsoring the trip, and Pierre Casiraghi will be on board.

“Good news! I’ll be joining the UN Climate Action Summit in New York, Cop25 in Santiago and other events along the way. I’ve been offered a ride on the 60th racing boat Malizia II. We’ll be sailing across the Atlantic Ocean from the UK to NYC in mid-August,” she said on Twitter. The journey is expected to take two weeks.

“The science is clear. We must start bending the emissions curve steeply downwards no later than 2020, if we still are to have a chance of staying below a 1,5 degrees of global temperature rise. We still have a window of time when things are in our own hands. But that window is closing fast,” the Swedish teenager said. She is a strong critic of air travel, which is likely to become the chief source of carbon dioxide pollution by 2050.

The Malizia II is a “zero-carbon” yacht, complete with solar panels and underwater turbines. Monaco Yacht Club said on Facebook that it was an honour to sail Thunberg across the Atlantic.

BELOW: Pierre Casiraghi, left, will be on board for the transatlantic voyage