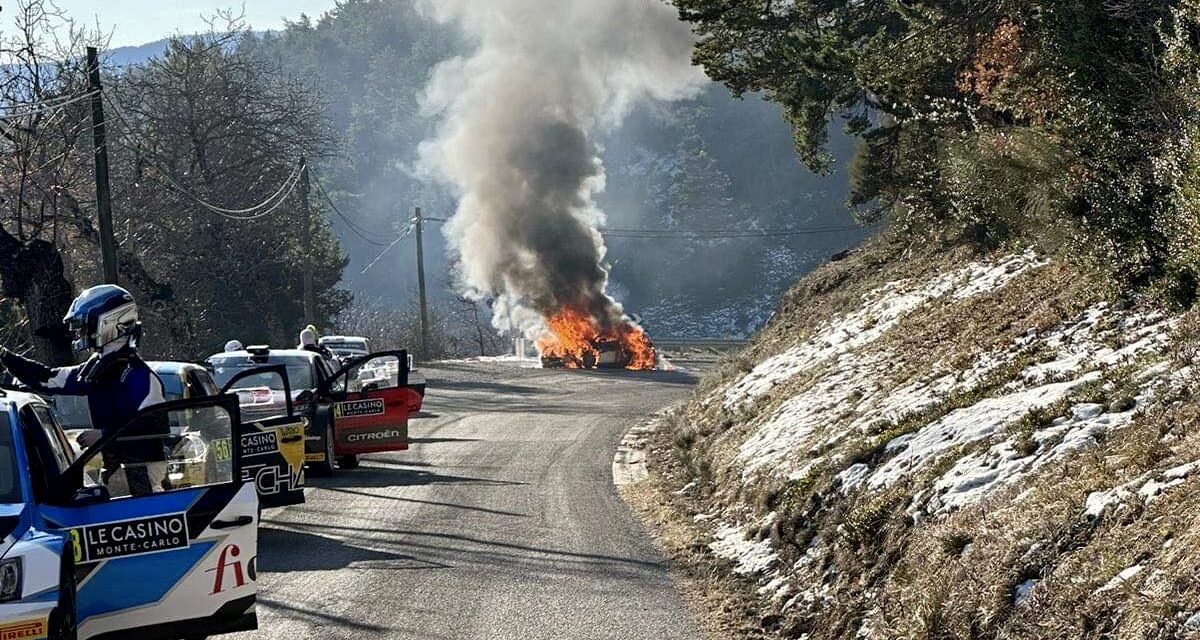 The Monte-Carlo Rally got off to a fiery start on the Morning of Saturday, January 21, as the car of Swiss rally champions Jonathan Hirschi and co-pilot Michaël Volluz caught fire after sustaining a puncture midway through the ninth special stage of the event. As a result of the spontaneous combustion, the rally was paused while medics rushed to the aid of Volluz, who had been exposed to smoke and fire.

An air ambulance was called in, and Volluz was airlifted to the Pasteur II hospital in Nice where the Swiss co-pilot was treated for burns to his hand and underwent a check-up. Reassuringly, Volluz left the hospital on Saturday afternoon.