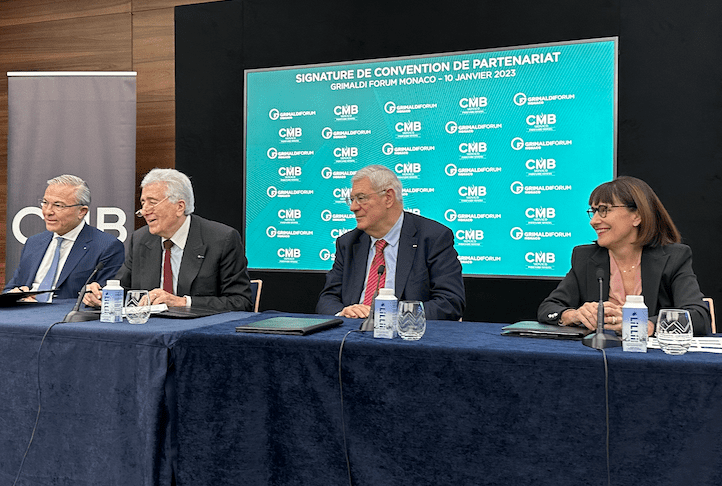 CMB Monaco has marked 18 years of sponsorship of the Grimaldi Forum by signing up, with enthusiasm, for a 19th year.

At the signing ceremony at Grimaldi Forum on Tuesday, January 10, Henri Fissore, President of the Board, said that 2022 had witnessed a significant rebound from the previous two years, which “were difficult, as you know very well.”

“Together we can make the Principality shine not just in Monaco but also internationally,” Mr Grosoli said.

Later this year the Summer Exhibition will be Monet en Pleine Lumière (Monet in Full Light) an exhibition of any of Monet’s works with an emphasis on his painting along the Riviera, where the quality of light is quite different from Normandy, the part of France with which the impressionist is usually associated.

The signing ceremony was followed by a public feast of traditional, and very delicious, galette des rois to start the year that bodes to be a great success for Grimaldi Forum.