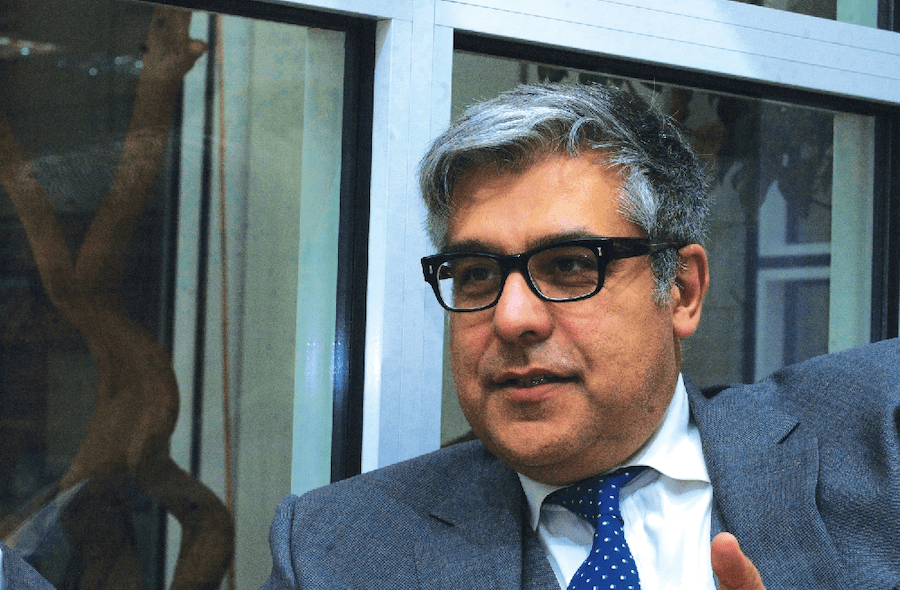 Ian Brodie with Reuters. A former JPMorgan investment manager and an ex-Julius Baer banker were found guilty in a London court on Thursday, December 8, of defrauding a Libyan sovereign wealth fund out of millions of dollars by paying hidden fees to their own offshore companies.

Frederic Marino, 56, was chief executive officer of FM Capital Partners (FMCP), which managed hundreds of millions of dollars for the Libya Africa Investment Portfolio (LAP), when he dishonestly extracted investment fees with the help of 47-year-old Yoshiki Ohmura, prosecutors said. Both had pleaded not guilty.

Marino – formerly head of JPMorgan’s alternative investment emerging market group – was convicted in his absence at London’s Southwark Crown Court of one count of conspiracy to commit fraud by abuse of a position of trust between February 2009 and October 2014.

Ohmura, ex-global head of structured investments at Julius Baer company Global Asset Management, was in court and was also convicted of the same charge over the same period.

Prosecutors told jurors in October that the charges related to 17 investments made by LAP between 2009 and 2011 and subsequent payments totalling more than $15 million made to offshore companies controlled by Marino, his business partner in FMCP, Aurelien Bessot, and Ohmura.

Marino did not attend the trial and was convicted in his absence, while Bessot, 47, had previously pleaded guilty to one count of conspiracy to commit fraud by abuse of a position of trust

Judge Tony Baumgartner granted Ohmura unconditional bail ahead of sentencing on Feb. 10, 2023. The judge said that a custodial sentence is “almost inevitable”.

According to legal firm Hogan Lovells, Frederic Marino and Yoshiki Ohmura acted dishonestly over many years as they received secret commissions and paid bribes totalling upwards of $25 million in connection with a portfolio of assets owned by the Libya Africa Investment Portfolio (LAP).

At the time, FMCP was managing LAP’s assets, but Mr Marino defrauded FMCP by conspiring with Mr Ohmura to divert funds away to offshore companies and accounts (in Monaco, Cayman, Seychelles and Dubai) they controlled personally over a four year period starting in 2009. The original High Court decision found that Marino “papered up” payments via contracts with Ohmura, and their respective companies. They used the stolen money to fund lavish lifestyles.

After discovering the wrongdoing in 2014, FMCP dismissed Mr Marino for gross misconduct and launched the wide-ranging claims (which have also encompassed proceedings in Monaco and Norway) to recover the misappropriated funds, later obtaining a worldwide freezing order over Mr Marino’s assets.

On January 7, 2010, Marino used a personal account in Monaco to transfer $21,070 to Asem Haggiagi, and on January 11 the sum of $235,201 to Ikramel Haq Mian. Both payments were said by the prosecution to be hush money to Libyan contacts who knew about the skulduggery of the two defendants.

Bloomberg reported on October 24, 2018, that Yoshiki Ohmura had complained to a judge in London’s High Court that a worldwide freezing order would jeopardise his ability to complete races. Without competitions, he could not retain his racing licence, which he needs to remain a director of his car-racing team, he says.

Despite being ordered to pay back $11 million in damages and costs earlier in 2018 when he lost a civil lawsuit, Ohmura had yet to return a cent, the Libyan fund’s unit said in court documents. There was good reason to believe the “high-flying banker” hadn’t fully disclosed the extent of his wealth, it said.

“The value of Mr. Ohmura’s disclosed assets is not consistent with his career, known sources of wealth, and lifestyle,” Tim Akkouh, a lawyer for FM Capital Partners, which is controlled by the $5 billion Libya Africa Investment Portfolio, said in court documents, Bloomberg reported.

The 47-year-old is the team principal of a Swiss racing team called Squadra Corse, which competed in European competitions, according to its website. The site’s listings show that the Swiss-Japanese banker was second in the Formula 2000 Light Championship in 2012, with 10 podium finishes. He competed in at least four races in 2018, according to a separate online driver’s database.

“Squadra requires me to hold a racing licence,” Ohmura said in court documents disclosed by FMCP. “I must complete five races every 24 months.”

Ohmura said he holds marketing events and race days to attract clients, who are charged as much as 50,000 euros ($58,000) to attend. His racing is partially funded by Squadra and another firm that he controls.

The judge, who froze Ohmura’s assets, specifically ordered that the assets of Squadra should be disclosed, FMCP said.

Lawyers for Ohmura said that if a judge were to continue the freezing order and alert his companies’ banks, “there is a serious risk they will be unable to continue in business.”

Meanwhile, Laurence Emmett, a lawyer for Ohmura, claimed that his client was an “an individual of relatively modest means.”

The Libyan sovereign wealth fund had started to look into FMCP’s management of its assets after the country’s 2011 revolution. FMCP sued Marino and Ohmura over the payments in London.

Earlier in the legal marathon, FMCP said that Marino had racked up expenses on a company credit card for a helicopter ride, clothes and restaurant bills. He also spent 165,000 pounds ($214,000) at London’s five-star Lanesborough Hotel, including 42,000 pounds on parking.