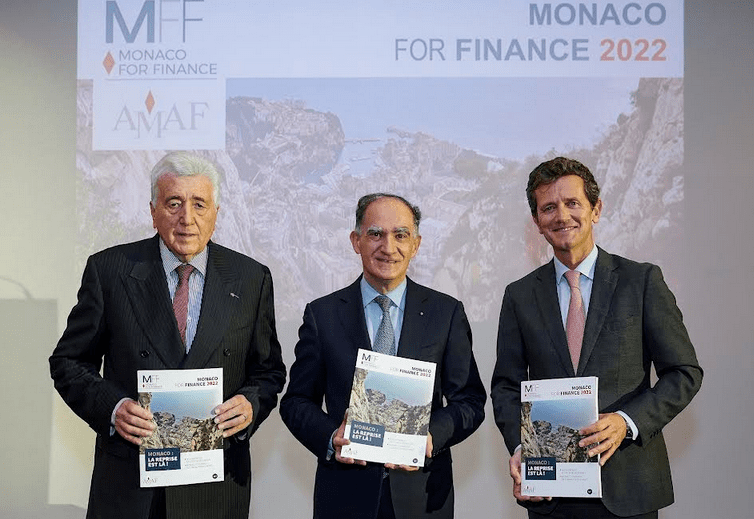 The Monegasque Association of Financial Activities (AMAF) launched the new annual edition of its magazine Monaco For Finance on November 9.

Mr Castellini referred to the quality of relations between the public authorities and finance professionals. He announced the creation of the Monegasque Association for Sustainable Finance in Monaco (AMFID), whose mission is to facilitate exchanges between expert members of the AMAF, and the promotion of the culture of sustainable finance in the financial industry.

The Principality’s membership of the International Organisation of Securities Commissions (IOSCO) for the protection of investors was noted with approval.

Mr Gérald Mathieu, Chairman of the AMAF Financial Centre Promotion Commission, concluded on the association’s 2023 projects, and the enthusiasm of its members to make the financial sector a major point of Monegasque attractiveness, attracting new talents to the Principality.