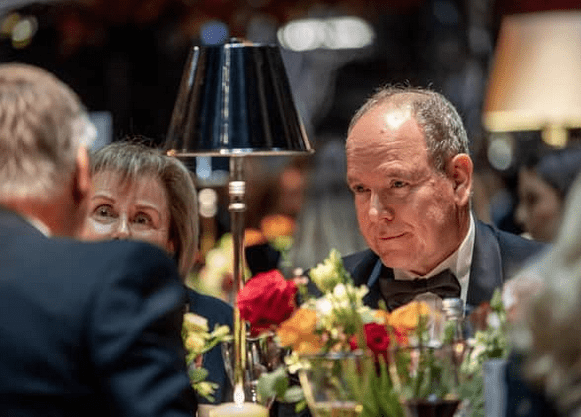 A spokesman told regional newspaper the Yorkshire Post: “The team at Yorkshire Children’s Charity has a long-standing connection with Prince Albert II of Monaco and his family, who have passionately supported children at a disadvantage in the Yorkshire region for 50 years. ‘A Night Under the Stars’ has enabled the charity to exceed its first-year fundraising target of one million pounds.”

The event at Grantley Hall raised more than £800,000 for the charity and helped it surpass the first-year target of £1 million pounds raised.

Charlotte Farrington, the chief executive at Yorkshire Children’s Charity, said: “I have been blown away by the unbelievable kindness and support from our guests tonight, alongside the generosity of all those who have given their time and resources to make this evening such a success.

“We are incredibly honoured that His Serene Highness agreed to attend as our guest of honour, it’s such a generous act of kindness.
“‘While events such as this present the opportunity to showcase Yorkshire at its finest, it is through our combined efforts that we will make Yorkshire a better place for our children and young people to live in. We have a huge challenge ahead of us, but tonight we have had the opportunity to significantly change and enhance the lives of countless children throughout the region.”