Strike ends at one of TotalEnergies’s French refineries 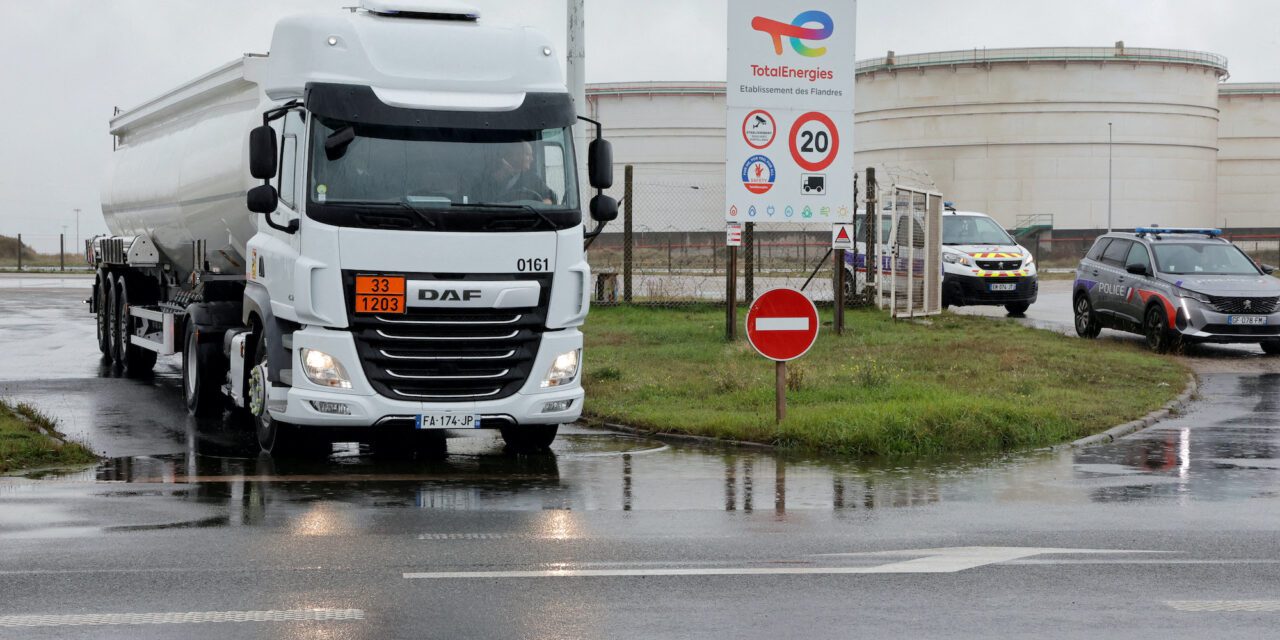 PARIS (Reuters) – Workers voted to end a strike at TotalEnergies’ Donges refinery on Wednesday, bolstering the government’s hopes the supply situation at petrol stations around the country will rapidly improve.

A CGT union representative told Reuters industrial action was continuing at three other TotalEnergies’ French refineries – La Mede, Feyzin and Normandy – as well as at the Dunkirk fuel storage site.

But, with an eye on the autumn school break that starts at the end of the week, members of the French government, who forced some fuel depot staff to return to work earlier this week, repeated that a back to normal situation was within reach.

TotalEnergies has been hit by strikes at its refinery sites in France for nearly a month, as workers seek higher salary increases they say would better reflect rising inflation.

The protests have disrupted the supply of petrol to service stations, leading to long lines of motorists queuing to fill up cars and causing general public anger.

Government spokesperson Olivier Veran said earlier the number of French petrol stations facing supply problems due to the strike was now down to 21% versus almost a third over the week-end.

“We are doing everything we can to get back to a normal situation. The way things are evolving these last days suggest that may happen soon,” he told reporters after the weekly cabinet meeting.

Energy Transition Minister Agnes Pannier-Runacher also pointed at signs of a general improvement in the supply of petrol to service stations in the country but said the situation in the Paris/Ile-de-France area remained difficult.

“We are doing all we can to ensure the situation gets better,” she told French radio.

Energy company EDF, which the French government is in the process of fully nationalising, has also been affected by strikes at its nuclear reactors.

France’s national grid operator RTE warned on Tuesday that those prolonged strikes at EDF could have “heavy consequences” for the country’s electricity supplies over the coming winter.

Pannier-Runacher said EDF remained in talks with trade unions to try and resolve that dispute.