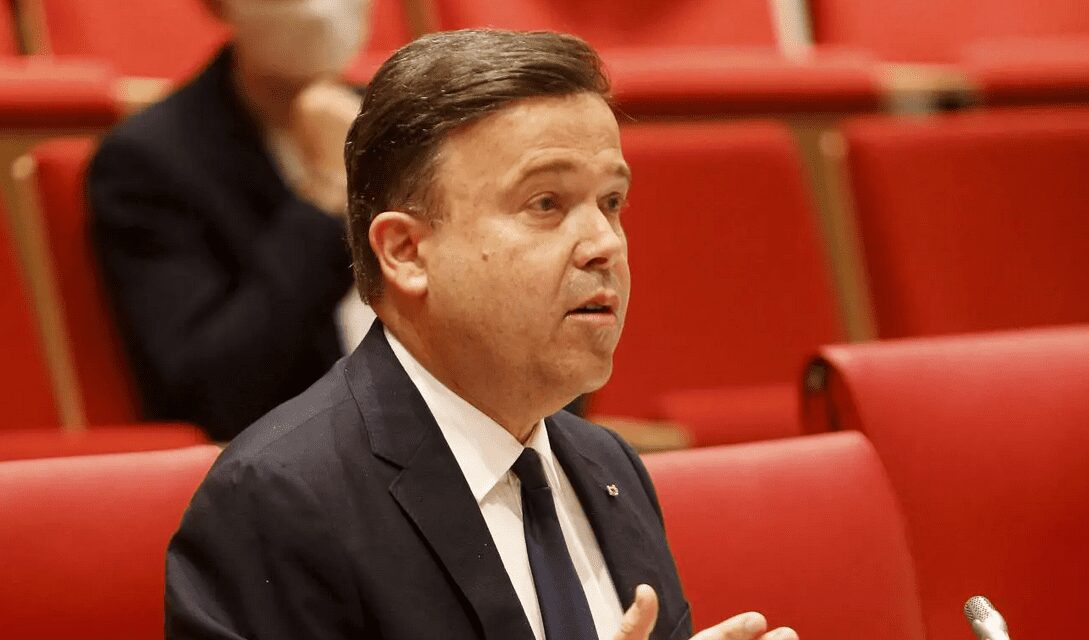 Stéphane Valeri will leave his post as President of the National Council on Monday, October 3.

In a surprise statement on Friday afternoon, Mr Valeri said that the elected body has succeeded in regaining its “just place within the institutions of our country.”

Indeed, since assuming the post of President in February 2018, Mr Valeri has worked hard to promote the powers of the institution and has undoubtedly succeeded in asserting the authority of the body within the body politic of the Principality under the Prince.

“I have been fully invested for now nearly five years in the exercise of these functions at the service of my compatriots and the State. As I promised with my fellow National Councilors and national councillors, we have restored the National Council to its just place within the Institutions of our Country. Most of our commitments have been kept, in particular on the accommodation of Monegasques, social issues, and even the positioning of the Assembly vis-à-vis the European Union.

“In addition to major work to modernise our laws, in connection with the Government, under the authority of Prince Albert II, this mandate was marked by a historic health crisis. As part of the Joint Monitoring Committee on Covid 19 introduced by the Sovereign Prince, the National Council has worked in the unity of the Institutions and in the national union, to formulate proposals to protect the population, to support the economic actors and wage earners, and to prepare for the recovery.”

Mr Valeri said that the National Council has continued to work calmly and constructively, in the general interest, to perpetuate the spirit of national unity shared by all elected officials.

“It is therefore with the feeling of duty accomplished and the will to serve otherwise the interests of the Principality, that I shall cease my duties as President of the National Council from next Monday, October 3.”

Notably, Mr Valeri has shown himself to be a friend to residents in Monaco and inclusive in his outlook.

Mr Valeri will take over from Jean-Luc Biamonti as head of the Société des bains de mer from April 3, 2023. Mr Valeri described SBM as a “great company to which my family and I have been very attached over several generations.”

Widely-respected as a politician and leader, Mr Valeri previously served as Minister of Health and Social Affairs.