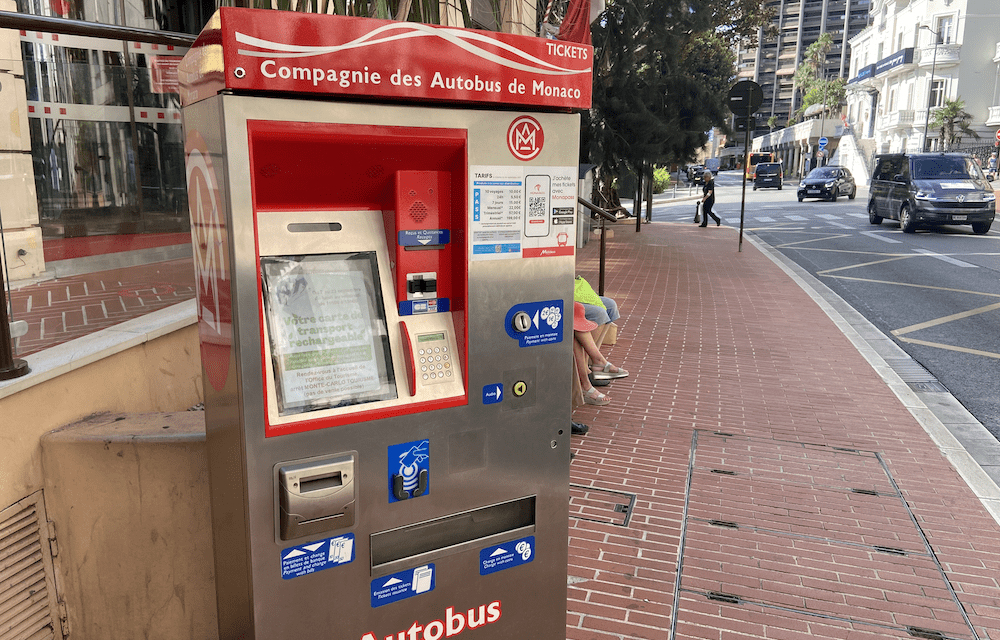 The Prince’s Government is giving us all a special gift this weekend. We can all travel for free on Monaco’s buses.

I have been doing this for the last week anyway, as nowhere in the Principality can I find a ticket machine that works. These larger than Dr Who-daleks are notoriously unreliable, and very slow. I’ve missed many a number 6 because all the screen says for minutes on end is Code Bon.

I will make sure I run as many errands as possible on Saturday and Sunday, thus reducing the stress of being a cheater. I can also take my time and go round and round in circles hoping to find a machine that works in the event I will have to leave the flat for food or exercise during the week,

Last week I went for a medical check-up in Monaco, the first in four years. My blood test results cost me an arm and a leg and appeared to show that I am already clinically dead.

My doctor called me to ask how I was feeling. I found this to be very touching as well as alarming.

Later in the week I risked an argument with a ticket controller, the machine outside the Hermitage remaining kaput, and attended the Cardiothoracic centre on ave. d’Ostende. There I received the happy news that my chances of a stroke are zero, since my arteries are only clogged up by 35 percent. This seemed bad enough, but it was a big relief as there are no treatment facilities in Monaco for strokes and victims are advised to take a number 100 bus to a hospital in Nice, changing at the Port.

To find out about heart attack risk I was made to ride a bicycle for what seemed a very long time and up a very steep hill that got steeper and steeper. If I failed this test I would be strongly advised to stay in hospital overnight, an outcome I wanted to avoid very much because I don’t have pyjamas. Nor a dressing gown. From 8 pm on I am a naturist, and this could prove awkward. Jealousy is a terrible affliction.

“Mr Daniels,” said the doctor. “You surprised me!”

The bill for surprising the doctor was a very reasonable 168 euros. I gave him my card. He put it in the machine, then stood on tiptoes and pointed the terminal and my card as close to the ceiling as he could.

I looked at him quizzically, my sweating face a question mark.

After a long five minutes I was allowed to leave, embraced by the warm September sun and kissed by a sense of freedom and endless possibilities.

Any views expressed in this column are those of the author alone and do not necessarily reflect those of the publishers.