Leclerc forced to settle for second place in Monza 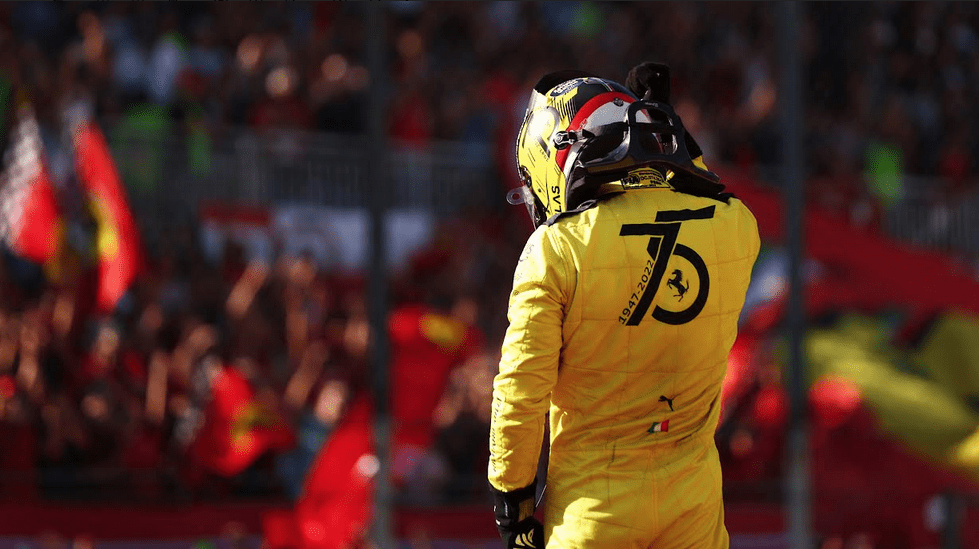 The highly anticipated Italian Grand Prix, held at the iconic Monza circuit, took place on the afternoon of Sunday, September 11 and ended in a frustrating manner for Charles Leclerc.

The Monegasque started the race in pole position in front of stands packed with Tifosi, an ideal beginning to this race for any Ferrari driver, and together with Carlos Sainz, the Scuderia pair put on a show for their fans.

Meanwhile, Max Verstappen was made to begin his race in P7, but this did not deter the Dutchman. By lap 5, Verstappen had already somehow tucked himself in behind Leclerc and the on-track battle started there. The Red Bull man being very much in his element in a car with so much pace on a track that rewards straight line speed.

The race would see Leclerc and Verstappen battle it out until the unfortunate end, with the lead changing between the two drivers as they pitted. Towards the end of the race it would be Verstappen ahead, and by the 46th lap, an engine failure forced Daniel Ricciardo to the side of the track, which warranted a Safety Car.

Although the McLaren was recovered before the chequered flag flew, the race remained neutralised until the 53rd and final lap, leaving Leclerc without a serious chance of fighting back and potentially winning for a second time at Ferrari’s home race.

Instead, Verstappen crossed the line first in relaxed fashion, while an understandably frustrated Leclerc vented into his team radio that the track had been clear, as he finished second.

The FIA later made a statement explaining their decision to keep the Safety Car deployed despite the track being clear of stranded Australians.

“While every effort was made to recover Car #3 (Ricciardo) quickly and resume racing, the situation developed and marshals were unable to put the car into neutral and push it into the escape road,” said a spokesperson of the FIA, before adding “as the safety of the recovery operation is our only priority, and the incident was not significant enough to require a red flag, the race ended under Safety Car following the procedures agreed between the FIA and all competitors. The timing of the Safety Car period within a race has no bearing on this procedure.”

Verstappen’s first victory at Monza moved him 116 points clear in the standings ahead of Leclerc, with just six races now remaining for the Monegasque to attempt a fightback against the Red Bull driver.

Completing the podium was Mercedes’ George Russell, who put on a good show to finish in third place ahead of Sainz, with the Spaniard showing supreme pace and overtaking ability to be able to finish in fourth place, having started the race in 18th place as a result of a penalty.

Lewis Hamilton also displayed his driving prowess by finishing in fifth place, having started all the way back in 19th.

However, perhaps the most talked about performance is that of Nick de Vries, the Dutchman racing in place of Alex Albon, as the Thai driver could not race as a result of appendicitis. The former Formula E man managed to finish in ninth place in his first ever F1 race, and all behind the wheel of a Williams car.

After a less than satisfying Italian GP, the F1 circus set their sights on the Singapore GP, which will be held at the Marina Bay circuit on Sunday, October 2.