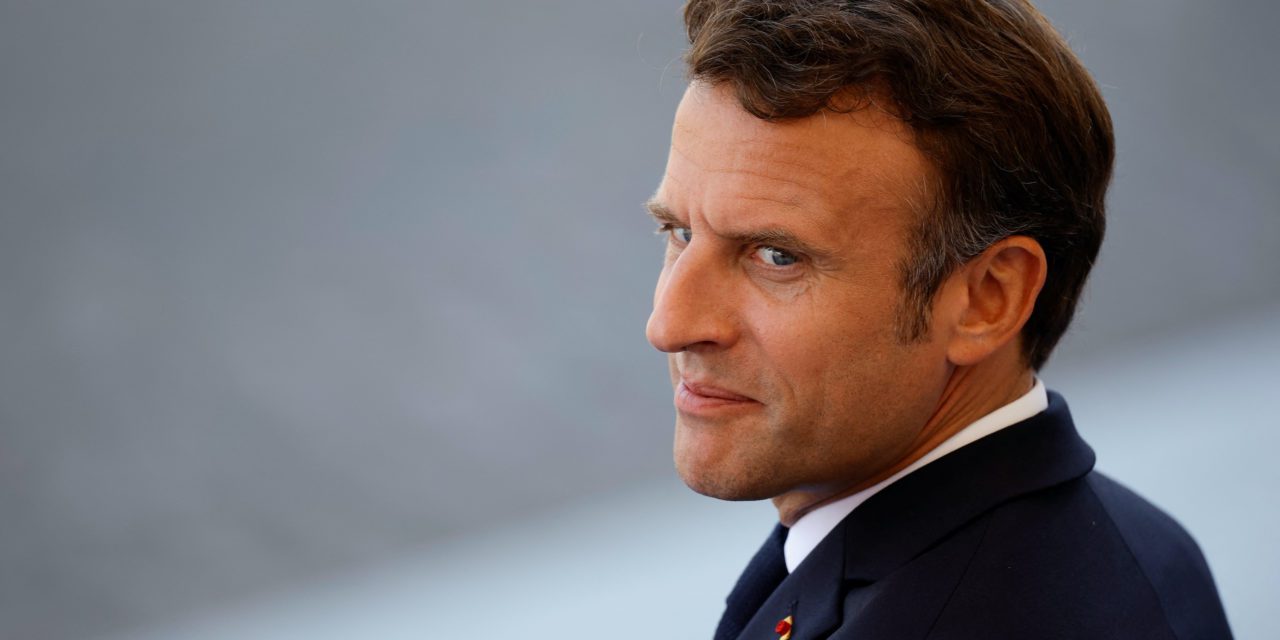 PARIS (Reuters) – France must quickly learn how to do without Russian gas, as Moscow is using cuts in supplies to Europe as a weapon in its war with Ukraine, French President Emmanuel Macron said on Thursday, urging everyone to rein in their energy consumption.

Speaking in a televised interview to mark Bastille Day, Macron he would soon submit an “energy restraint plan” which would ask all citizens to commit to a general “hunt for waste”, such as turning off the light when leaving the office.

“We need to prepare ourselves for a scenario where we have to manage completely without Russian gas (…) Russia is using energy as weapon of war, ” he said, adding the conflict in Ukraine was “set to last”.

Energy prices, which were already increasing before Russia launched its war against Ukraine at the end of February, have sharply risen since then, leading to the highest inflation in most major global economies in decades.

With about 17% of its supply coming from Russia, France is less dependent on Russian gas than some of its neighbours.

But concerns about supply from Russia come as France grapples with already limited electricity generation due to unexpected maintenance at its aging nuclear reactors, prompting concern over winter shortages.

To shield consumers from sky-rocketing energy bills, the government put in place last year a cap on electricity and gas prices, a measure that has been extended until the end of the year.

But after that, Macron suggested it would be possible to maintain this measure “only for those who need it most”.

The French president, whose ability to set policy was jeopardised last month when his camp lost its absolute majority in parliament, also said France needed to keep on investing in its defence forces in view of Russia’s invasion of Ukraine.

“The defence budget will not decline, on the contrary (…) we must reinvest in our stocks (…) we must be able to produce more munitions and faster,” Macron said after overseeing the traditional Bastille Day military parade.

The French president also said France had the means to continue to help Ukraine in its fight against Russia, adding the country, like its Nato allies, wanted “to stop the war without waging war”.

“This war will last but France will always be in a position to help Ukraine,” said Macron, who visited Ukraine a month ago, alongside German Chancellor Olaf Scholz and Italian Prime Minister Mario Draghi.