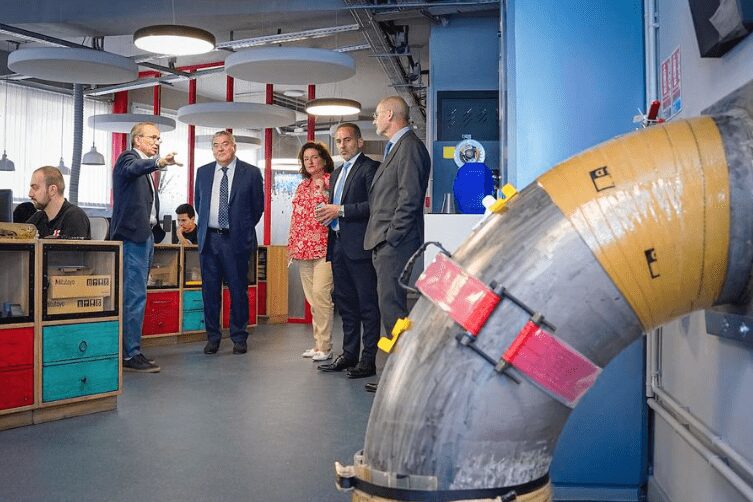 The international influence of Monaco’s industrial know-how, innovation and technology was highlighted during the visit made by HE Minister of State Pierre Dartout to “3X Engineering” on Tuesday, May 24.

The company is one of many working far from the limelight and making a significant contribution to Monaco’s economy.

Despite its small size, the company of 30 employees, founded by Stanislas Boulet d’Auria, is present in more than 60 countries in the repair and maintenance of its equipment.

3X Engineering designs high-tech equipment for refineries, oil platforms, on the seabed or on tanker ships operated by some of the world’s largest international groups.

PHOTO: Minister of State Pierre Dartout, centre, with part of the 3X team