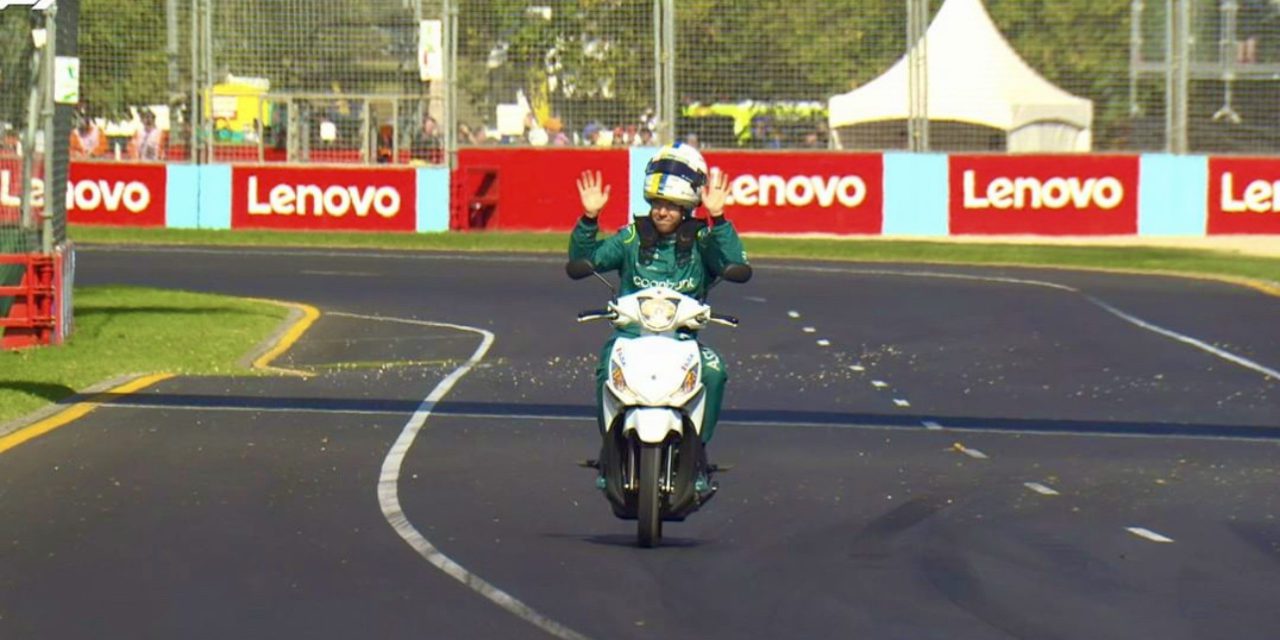 Sainz led the pack after FP1, but the speedy Monegasque made the most out of his soft tyres to set the fastest lap time on Friday, April 8.

Verstappen had his opening laps on soft tyres compromised by traffic, but the Dutchman was able to record the second-fastest time on worn tyres with less than 20 minutes left to do so, finishing his practice session 0.245s off Leclerc.

Meanwhile, Aston Martin’s Sebastien Vettel provided talking points for entirely different reasons. The German returned to track action for the first time this season, having missed the first two races as a result of coronavirus, but his first day back ended in smoke and a fine.

Vettel was forced to park up on the track in FP1, as his Aston Martin AMR22 began to billow smoke. Being a seasoned and experienced driver in the motorsport, Vettel grabbed the extinguisher and minimised the damage to his car, but his day on track was already over.

Once FP1 concluded, Vettel borrowed a scooter from one of the marshals, which he then drove back on track to the pits. The incident was later investigated and the stewards elected to give a 5,000 euro fine to the four-time World Champion for violating Article 26.7 of the Sporting Regulations.

The stewards wrote in their verdict that “In driving on the track to his pit, instead of the designated route, VET breached Article 26.7 of the Formula One Sporting Regulations, which prohibits anyone from being on the track in the five-minute period after the end of a session, with the exception of specifically identified personnel, which makes no provision for drivers to have such access unless specifically authorised.”

Featured image: Sebastien Vettel cruising down the straight in style