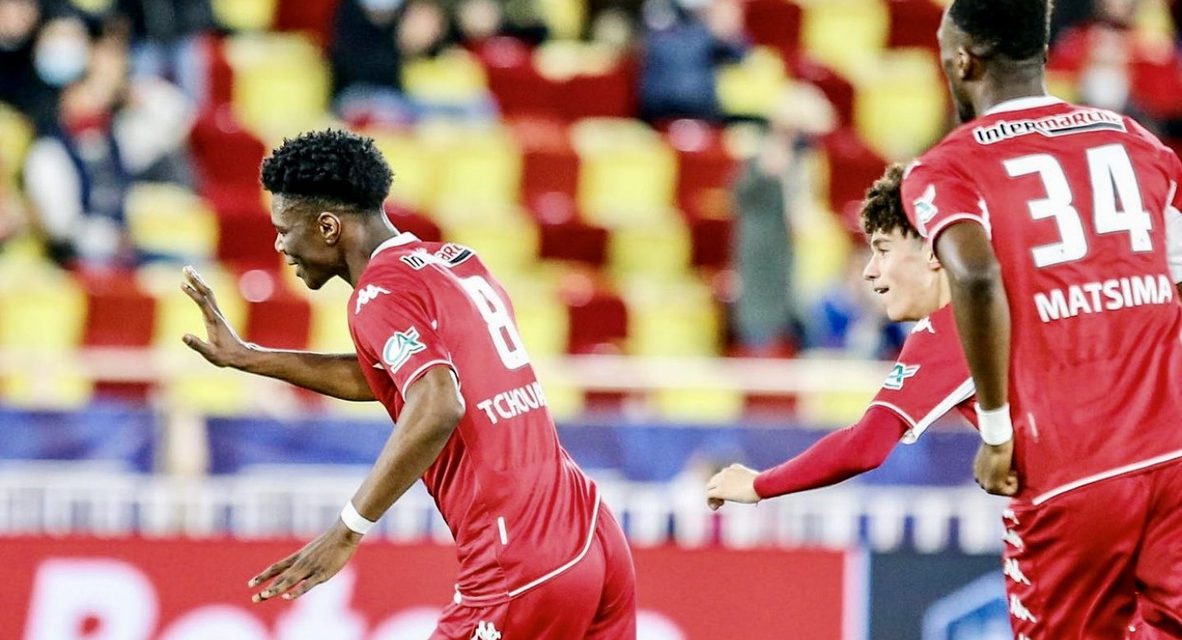 Having just beaten Lyon 2-0 in a Ligue 1 fixture at the Stade Louis II days before, Monaco were back in action. This time, the Monegasques faced off against Ligue 2 side, Amiens SC in the quarter finals of the Coupe de France on Tuesday, February 8.

Quick to strike again, Monaco made it 1-0 at just the fifth minute, thanks to a half volley from Aurelian Tchouameni. The red and whites continued to pose a threat to their visitors, but concluded the first half with the same slim lead.

Amiens almost rattled their hosts with an accurate shot at the 48th minute, but Monaco goalie Vito Mannone got to the ball before it could do some damage.

But Monaco wasn’t having any of it, and it was actually Monaco youngster Maghnes Akliouche who would make the decisive pass to Kevin Volland, who scored to extend the lead to 2-0 at the 54th minute.

Akliouche put in such a big shift that the supporters at the Stade gave him a round of applause in appreciation as he was substituted off for Sofiane Diop at the 73rd minute, and they can expect to see more of him in the future if he maintains his confident form.

New signing Vanderson came close to scoring a third goal for Monaco twice, but saw his shots rejected on both occasions.

After a full 90 minutes and injury time, Monaco won by 2-0 over visiting Amiens, and subsequently advance to the semi-finals of the Coupe de France.

In the meantime, Monaco will face off against Lorient in Ligue 1, at home again, on Sunday, February 13.