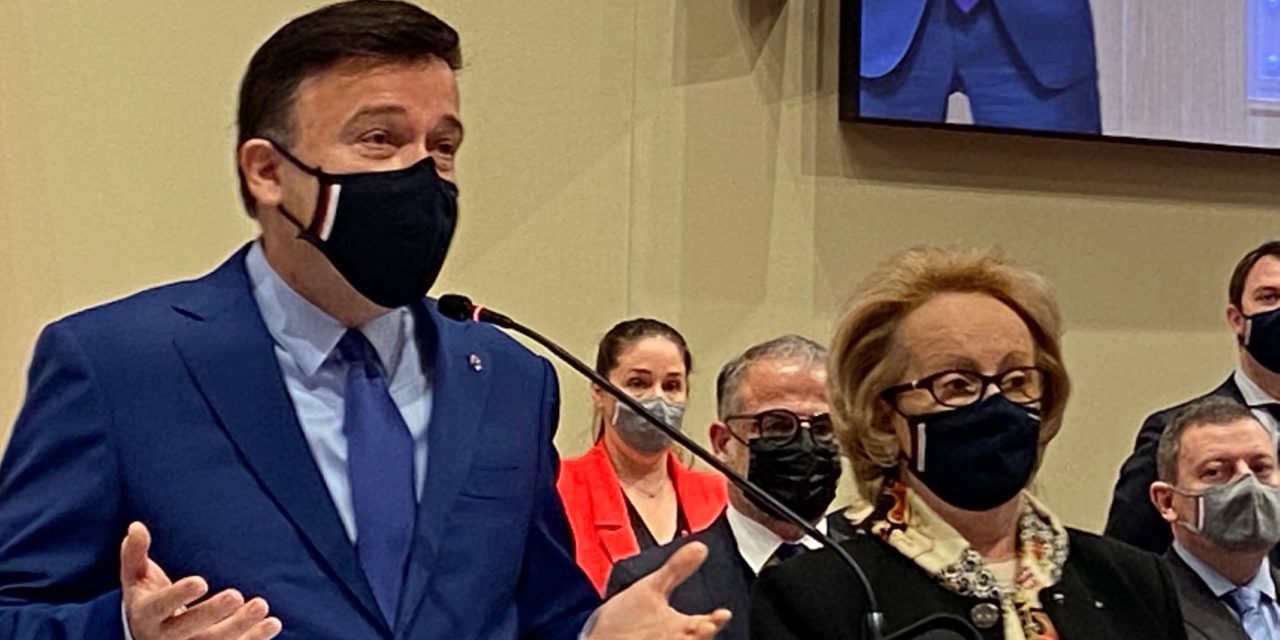 In his annual address to members of Monaco’s press on Thursday, January 20, National Council President Stéphane Valeri said that the Principality is blessed with such a diverse collection of media outlets.

Unsurprisingly, Mr Valeri turned to the ongoing pandemic and threw his weight behind the vaccination program.

“It must be remembered that vaccination protects against severe forms, relieving strain in the intensive care service and therefore saves lives and allows our hospital staff to fight successive waves. This is not an opinion, but a factual observation verified all over the world,” he said.

He had criticism for the Government, which had been slow in introducing a massive information campaign in favour of vaccinations.

He added that only 68 percent of the population of Monaco has received a full cycle of jabs. “We are not well-placed today, it must be said.”

He also referred to an announcement by the Government earlier on Thursday morning that financial support for certain economic sectors will be continued.

“In the face of current difficulties encountered by certain sectors particularly in catering, tourism, events and trade, it was necessary to relaunch these measures for businesses whose turnover is strongly impacted,” he said.