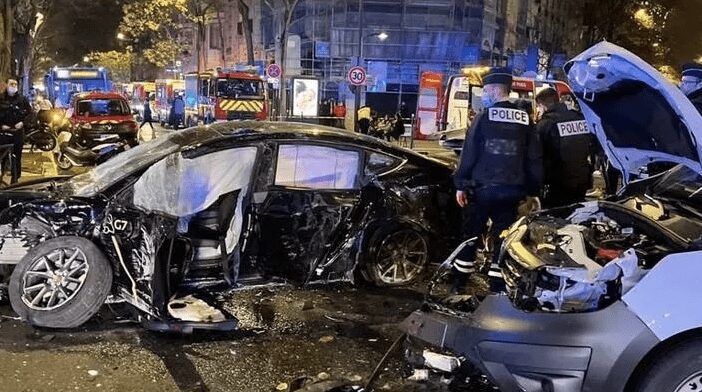 A serious accident in Paris on Saturday evening when the driver of a Tesla taxi lost control due to a technical fault has resulted in all taxis belonging to the G7 company to be withdrawn from service. A total of 37 drivers are concerned.

Ten people were injured, seven seriously, after the car accelerated of its own accord, eventually embedding itself in a parked van in the 13th arrondissement.

The driver was unable to apply the brakes and the first victim was a cyclist on rue d’Ivry, according to police sources.