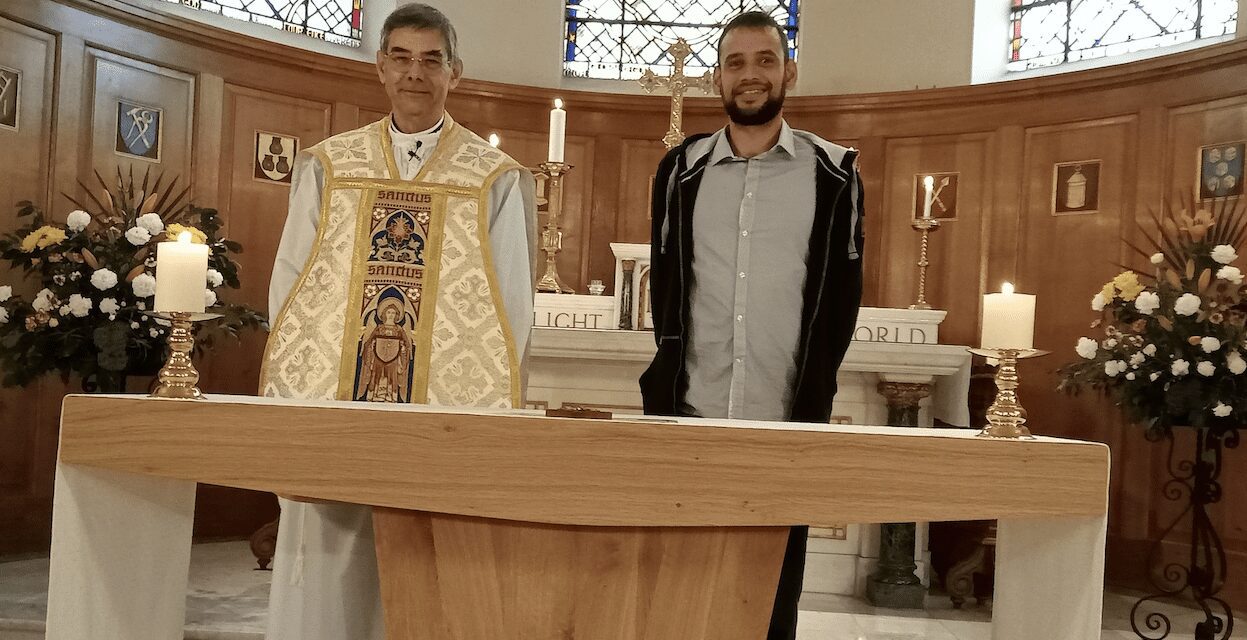 An altar funded by subscriptions from parishioners was unveiled at Saint Paul’s Anglican Church in Monte-Carlo during Sunday service on November 21.

Ben Woodward, originally from Kent and now living and working in Cannes, was the craftsman who made the altar using European oak. He was present in church for the unveiling of the contemporary piece by Canon David Roper. He was congratulated and thanked by many of those present.

The altar will serve as a permanent reminder of Father Walter’s tenure at Saint Paul’s. (more of Ben’s work: https://photos.app.goo.gl/tD6YZ15bpGNJ69PRA)