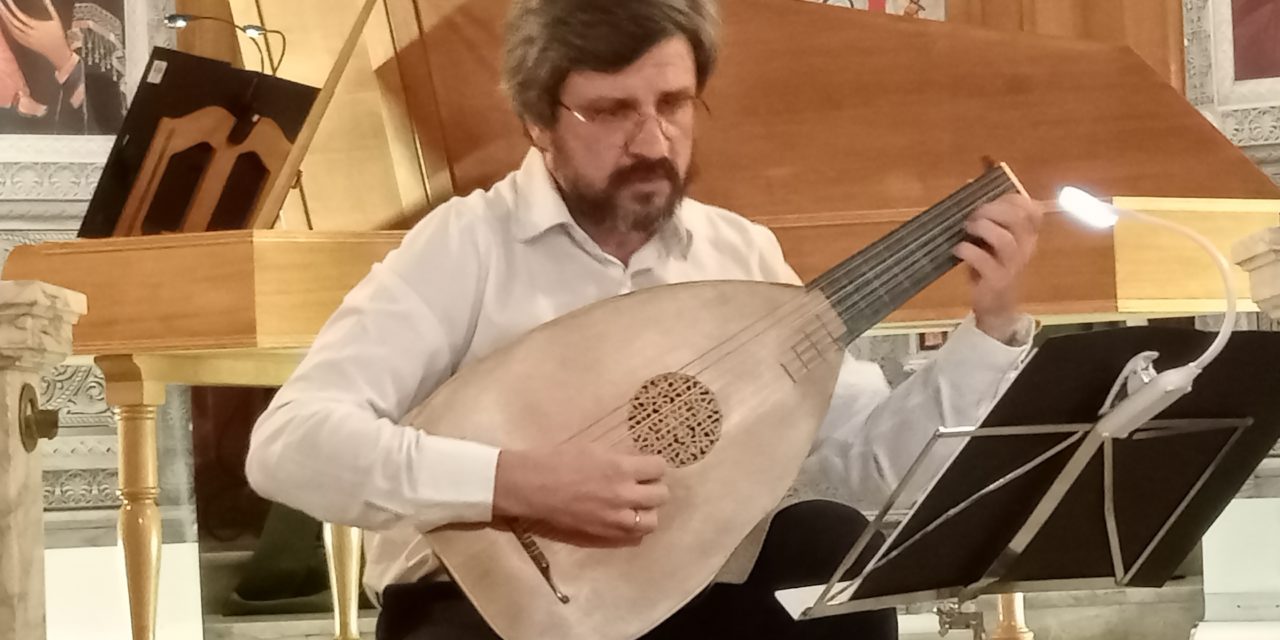 Musician Dimitri Goldobine entranced a small but very appreciative audience at Saint Paul’s Church in Monte-Carlo on Thursday evening, as he took those attending through a brief history of English music from Peter Philips through John Dowland and Henry Purcell and others up to Handel and John Blow.

Born in Ekaterinburg in Russia, Dimitri studied harpsichord in Paris after deciding to become a musician due to his fascination with the music of the renaissance and later, up until the middle of the 18th century.

The music chosen for the concert mirrored the times very closely. Thomas Tomkins’ A sad pavan for these distracted times composed in 1649 could easily apply to the time of coronavirus, but its melancholy reflects the regicide of Charles 1 on January 30, two weeks earlier. John Dowland, on the other hand, was a contemporary of Shakespeare.

Dimitri played on harpsichord and lute with a learned discourse between the chosen compositions. For anyone with an interest in classical or baroque music the evening was a great treat.

The concert will be repeated on Friday, September 24, at Saint Michael’s Church in Beaulieu, again starting at 20:30. Info: https://www.otbeaulieusurmer.com/en/agenda/concert-dimitri-goldobine