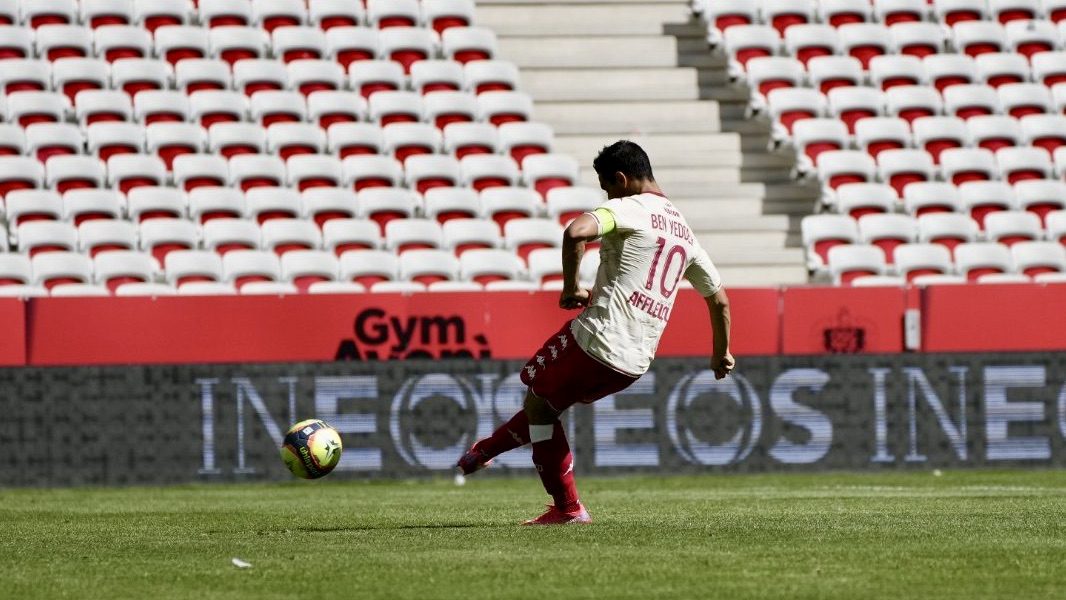 The 101st Côte d’Azur derby ended in a 2-2 draw between OGC Nice and AS Monaco at the Allianz Riviera Arena on Sunday, September 19.

The derby got off to a slow and steady start, as both sides launched attacks but to no avail. That was until the 38th minute, when the scoring was opened by Aleksandr Golovin from close range, beating Walter Benitez in between the Niçoise posts.

The Monegasques returned to the locker-room with a one goal lead under their belts, but this only spurred on the hosts, who played much more purposefully right from the beginning of the second half.

It took Nice three attempts to find the equaliser in the second half. At the 51st minute, Andy Delort found a cross with his head to level the scoreline.

Monaco put up a fair fight in search of a second goal, but so did Nice, who only became more threatening as the minutes passed by. Eventually, a Niçoise counter-attack put the hosts ahead, as Hicham Boudaoui made it 2-1 at the 73rd minute.

Undeterred by the concession of this goal, Monaco continued to press on, until Caio Henrique drew a penalty on his way into the Niçoise box.

Ben Yedder stepped up to the spot and confidently converted the penalty, equalising the game again at the 77th minute, while also scoring his first goal of the 2021/22 Ligue 1 season.

The match didn’t end there, as both sides brought on substitutes in an effort to claim all three points. However, after several minutes of added time, the 101st Côte d’Azur concluded in a 2-2 draw.

With this draw in the bag, Monaco advance with one point. While this may not be the best outcome, a point will go a long way for the Principality side, who currently occupy 15th place in the Ligue 1 table.

Monaco’s next opportunity to climb the Ligue 1 ladder will arrive on Wednesday, September 22, as the Monegasques will welcome Saint-Etienne to Stade Louis II.

Featured image courtesy of AS Monaco on Twitter, Wissam Ben Yedder converting a penalty at the 77th minute