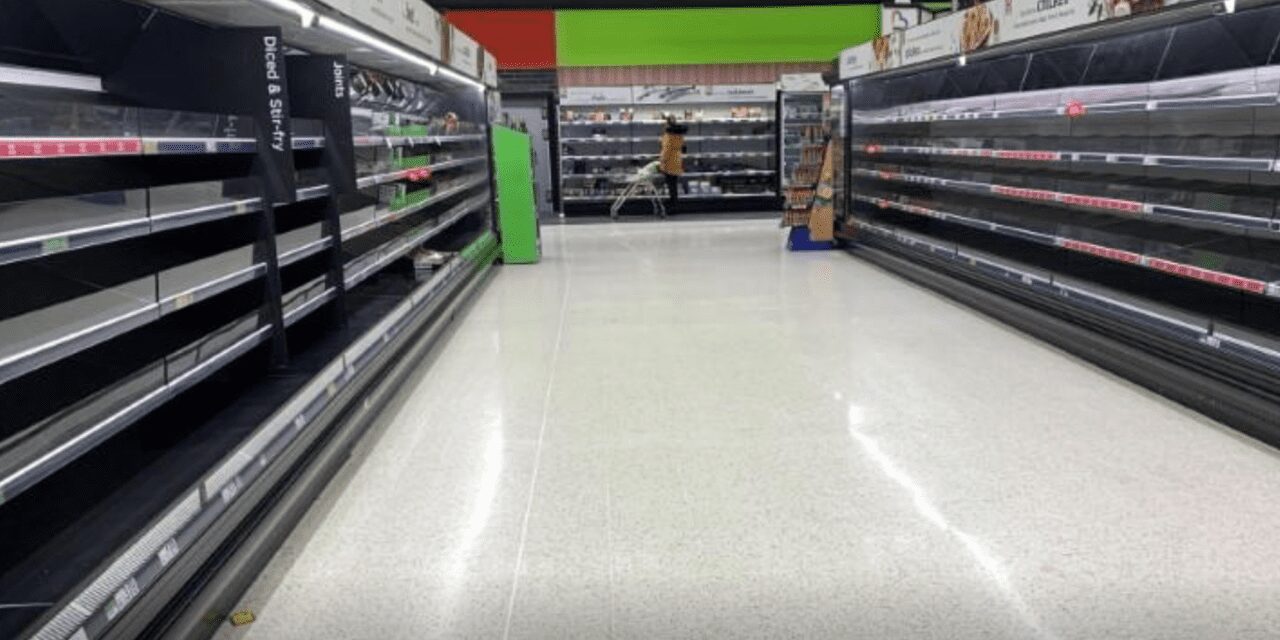 The newspaper said that the so-called ‘pingdemic’ is at the root of issues such as food shortages. The NHS Covid app is held responsible, as it has alerted so many people to the fact they have been in close contact with a positive case that hundreds of thousands of workers have been told to stay at home.

Food distribution has been hit. Some shelves in many supermarkets are empty or not as well-supplied as usual, with the heads of several chains calling on the public not to panic buy, which would make the problem worse. On top of that there is a shortage of delivery drivers, partly driven by the exodus of European workers post-Brexit.

One of the root causes of food shortages that are likely to get worse as the summer goes on is a lack of agricultural workers to bring in the harvest, again pingdemic and Brexit-driven.

The government has made some sectors exempt from pinging, replacing quarantine with daily testing. However, it seems that there is now more of a muddle than before.

“We still do not have the final list of exempt companies, nor the list of obligations they are supposed to meet. Companies are struggling to supply stores, but the situation is deplorable. With the best of intentions, the government has done more harm than good,” said Shane Brennan of the Cold Chain Federation.

Other sectors that have been badly-hit by the pingdemic are the Border Force, resulting in wait times at Heathrow of up to three hours, and the hospitality sector.

However, there is some very important good news. Coronavirus infection rates in England have been falling for the last seven days to Saturday. Nearly 32,000 cases were identified on July 24, 42 percent fewer than the previous Saturday.

FILE PHOTO: Empty supermarket shelves from the early days of the pandemic Reuters