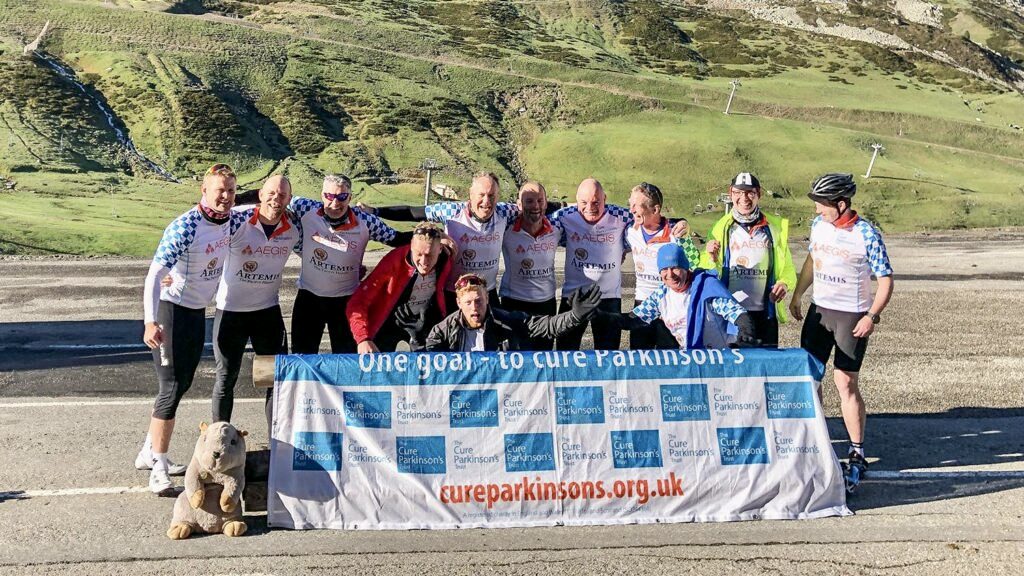 Commodities trading company Levmet in Monaco is helping to raise money for the charity Cure Parkinson’s, which helps fund essential Parkinson’s research, and are sponsoring a charity bike ride in aid of the charity for the second year in a row.

On Sunday 27th June a team of dedicated bike riders will take part in ‘Raid Local 2021 Ventoux’ which is a charity bike ride raising much-needed money for the British charity Cure Parkinson’s.

Last year, a local team from Monaco, which was led by Gareth Griffiths from Levmet, took part in this annual sponsored charity bike ride to raise all-important money for Parkinson’s funding, and Levmet were also a corporate sponsor in 2020.

Over 1,000 supporters of Cure Parkinson’s took to the saddle to take part in the charity’s ‘Raid Local’ cycle challenge, which was the first of their multi-participation events. Over in the UK, Cure Parkinson’s patron Mike Tindall, ambassador Iain Balshaw MBE and CEO Will Cook, took the team on multiple testing hill climbs throughout the day.

Globally the riders raised an astonishing £250,000 (including Gift Aid) for Cure Parkinson’s vital research. This year, the charity hopes to raise even more for this important cause.

Will Cook, CEO of Cure Parkinson’s said: “We are very grateful to the Levmet team, whose fundraising was led by Gareth Griffiths for all their support in 2020 and 2021 donating directly to our charity initiatives and also raising money via sponsorship. We are focused on funding the most promising research to cure Parkinson’s, but receive no Government or institutional funding, so individual and corporate support like this is greatly valued and inspires others to do more. Together, we will move closer to our goal.”

Gareth Griffiths, speaking on behalf of Levmet added: “We’re delighted to continue our support of Cure Parkinson’s, helping them to work towards their goal of finding a cure for Parkinson’s. Good luck to all the riders participating in this year’s Raid Local 2021 Ventoux which is taking place this Sunday 27th June.”

If you would like to donate to this important cause, please go to the Cure Parkinson’s website here.