Friends in life, and in business: Olivier Blanchy and Arnaud Sbarrato of THE OFFICE 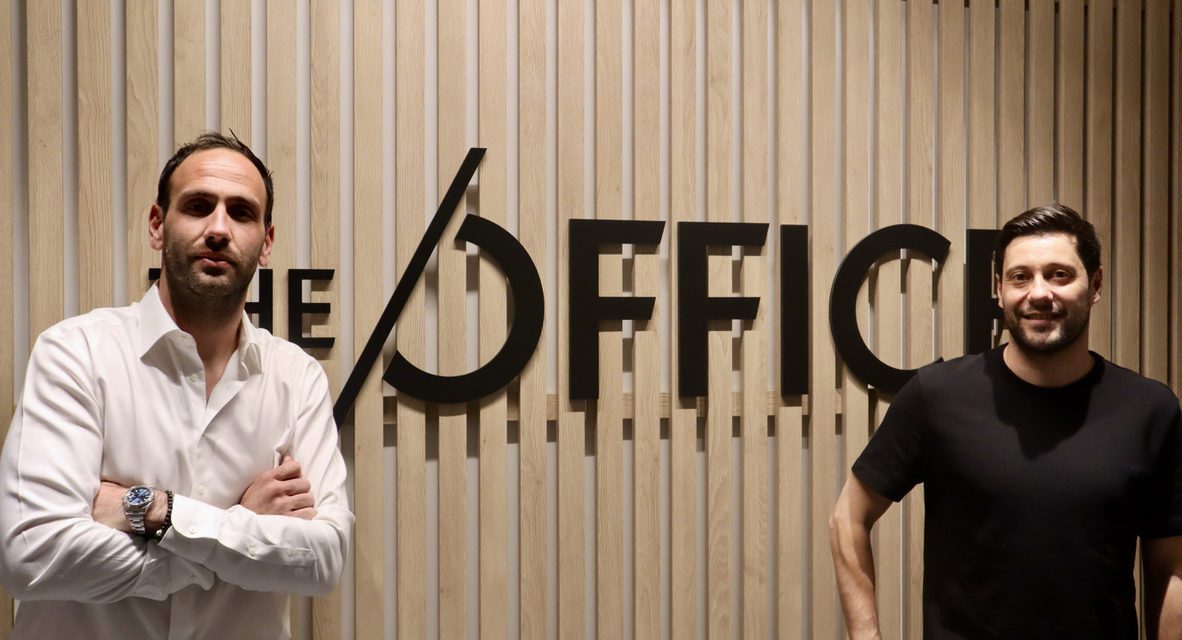 NEWS.MC had the pleasure of interviewing Olivier Blanchy and Arnaud Sbarrato, two of the three co-founders of THE OFFICE, a fresh approach to a business centre in the Principality.

Who started THE OFFICE?

Olivier Blanchy: It was all three of us, all three of us are friends and it’s kind of a human adventure. We know each other from college, Arnaud and I played soccer together in the Monegasque National Team and I played also in Cap D’ail with Benoit.

Arnaud Sbarrato: At the beginning we were friends, and we continue to do it as friends. It’s not all about business.

OB: It’s not business, it’s a human adventure. It’s not only about business and politics or only friendship, it’s about all of those things.

When did you begin this adventure?

OB: In 2017, Benoit gave me an ultimatum, a plan for the future together. He said “You’re in or you’re out.” I’m married with two children so it was difficult for me to move from a nice career with the Monegasque Government. So he gave me until September to decide, so I said fuck it, let’s go.

AS: It took him one day to decide.

OB: I also had an idea to make a business with Benoit for many years now. I brought in Arnaud and said let’s do this together. We went out for lunch, spent five minutes introducing the concept and then shook on it – let’s go!

And the rest is history. Do you have any regrets about leaving the government for THE OFFICE?

AS: It was a bit stressful at the beginning, because it is a big investment, a lot of money, but no, no regrets.

OB: Every morning we are just happy to come here.

AS: We are happy to talk, to share conversation.

AS: That is our ambition. When our clients come here it is like a home for them, and not just a business office.

OB: Our aim here is not to make cash, in the sense that it’s not only clients, not only customers, it is a membership. You are a part of the adventure and you are not alone. Without clients we can’t make anything, but we can help them to grow through introducing them to people for free.

AS: We have built a community.

How many members does your community here have?

OB: Over 100, not everybody comes in on a daily basis though. Fifteen or 20 are coming everyday.

What made you decide to open THE OFFICE in Fontvieille?

OB: We think that Fontvieille is the future of Monaco’s economy, because there is less and less industry and there is more and more office space. There is also going to be a new commercial centre. The future is Fontvieille.

OB: We are always taking new people on, and we have just opened a new office space in the next building. We opened that on the 15th of October and we are already full.

OB: We were unlucky because of the coronavirus period. We took a six-month delay. We are not alone in this situation, it was hard for everyone. We were full before we opened.

AS: We have competitors but I think that we do something different with the atmosphere, with how we are doing the business centre.

OB: Our philosophy, our aim in life, the way we treat our clients. We don’t mind making you a coffee and having a chat about anything. It’s just about having fun here, and your only concern can be your own business because we take care of everything else.

Do you see any more room for growth?

OB: If there is a big opportunity, then why not? It isn’t our priority though. We also made last year a communication agency with a friend and we also have the ambition to make it grow. So a new project, and lots of things to do.