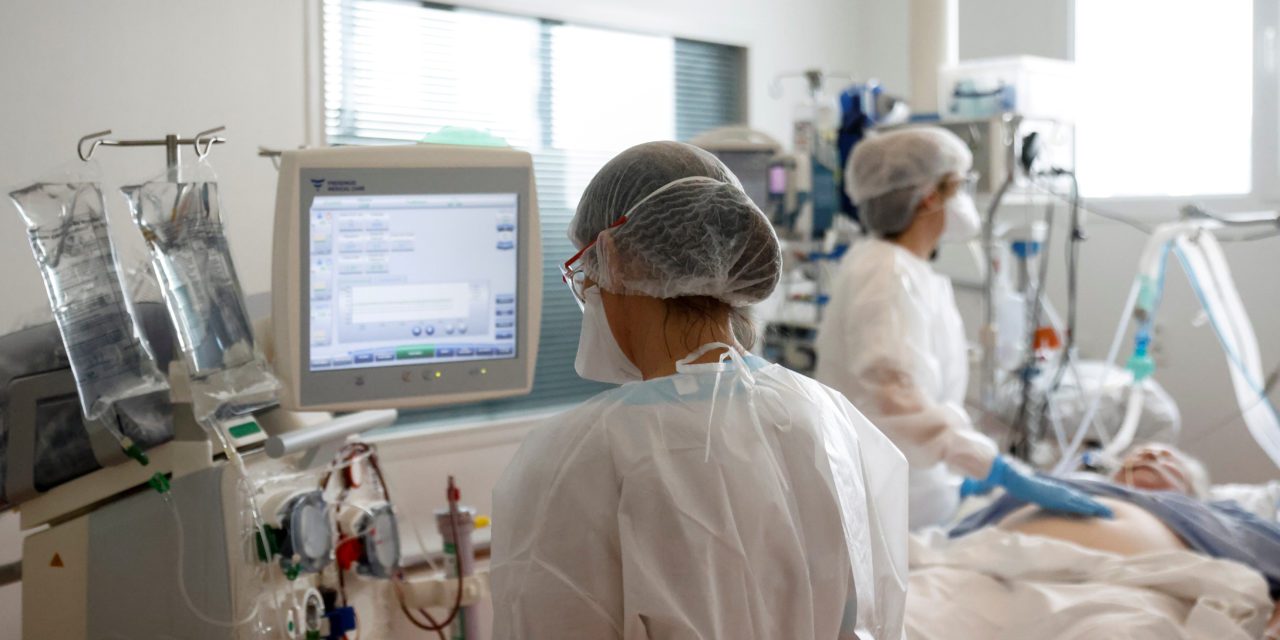 But after falling for five days in a row, the number of people hospitalised for the disease went up by 132, a second consecutive increase, at 28,950.

And among those, the total amount of patients in intensive care units also rose for the second day running, by 45, at 5,630.

That total is down by almost 400 from a recent peak of 6,001 reached a week ago but is still twice as high than the 2,500-3,000 range the government had set itself to exit France’s second lockdown on Dec 15.

This Monday, a restriction limiting people to a 10 kilometre (6.21 mile) radius from their homes was lifted and secondary schools partly reopened.

From May 19, France will start relaxing a 7 p.m. nightly curfew – enforced since mid-December – and allow cafes, bars and restaurants to offer outside service.

The 2.76% week-on-week increase stayed below the 3% threshold for the second day running, a sequence unseen since end July.

And the seven-day moving average of daily new infections, which evens out reporting irregularities, stood at 21,716, going below the 22,000 limit for the first time since March 10 versus more than a recent peak of 42,225 reached on April 14.

Despite the pressure still weighing on the hospital system, the government is hoping an acceleration in the vaccination drive will allow it to keep on shelving restrictive measures.

More than 16.1 million person in France received at least one COVID-19 vaccine shot, a total representing 24.1% of the country’s population and 30.7% of the adult population.

Almost 6.7 people received two shots, meaning 10% of the population is now fully vaccinated, versus, for example, 32% in the United States.