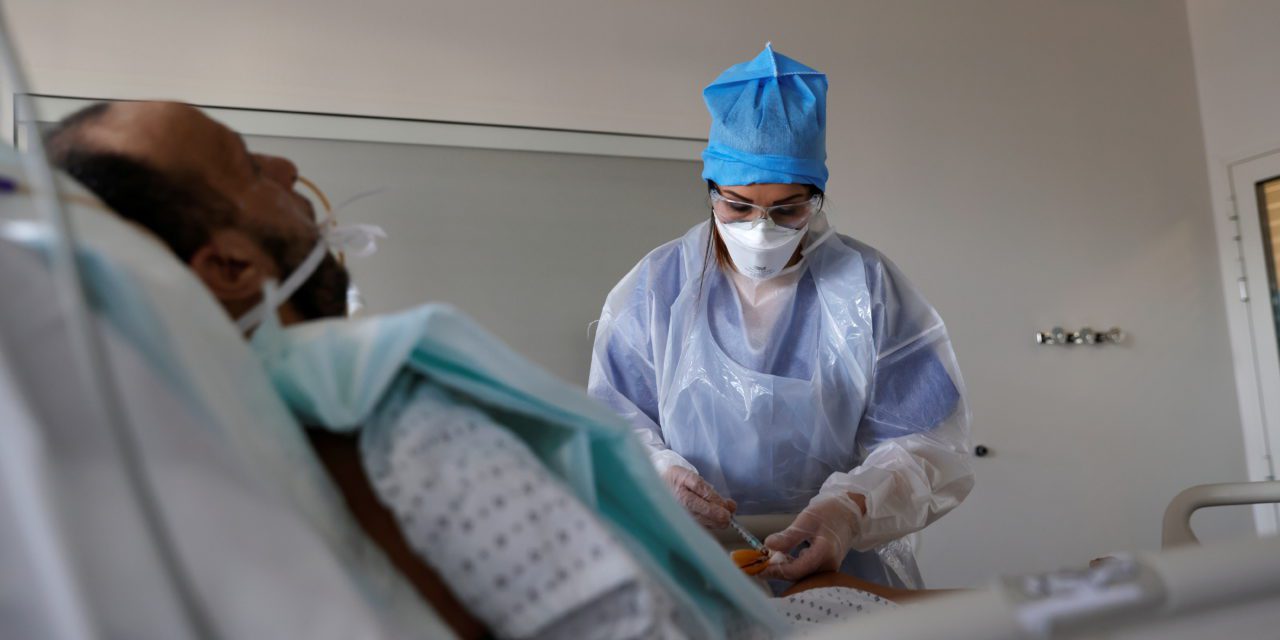 PARIS (Reuters) -New COVID-19 cases in France saw the lowest week-on-week increase since early March on Monday, but pressure on hospitals remained high as the number of coronavirus patients rose above 6,000 again for the first time since spring 2020.

New cases were up by 3.92% compared to a week ago as week-on-week increases continued their steady decline from more than six percent mid-April.

Week-on-week increases have been below 4% only briefly in February, and before that in December, following France’s second lockdown in November.

President Emmanuel Macron had said at the end of November – when France had about 15,000 new cases per day – that lockdown conditions could be eased if daily new infections fell to 5,000.

But after dipping to 10,000 early December, the number of daily new infections has increased steadily, with the seven-day moving average of new infections now at just below 30,000.

On Monday – a day when data reporting usually lags due to the weekend – the health ministry reported 5,952 new cases, taking the total to 5.5 million.

The government will lift limits on domestic travel from early May and is considering reopening museums and cultural venues, but many doctors say the infection rate is still way too high to start easing control measures.

Schools reopened on Monday after a three-week closure and Macron said open-air bar and restaurant terraces may reopen around mid-May, but indoor venues will not reopen before June and only in regions where the virus circulation drops.