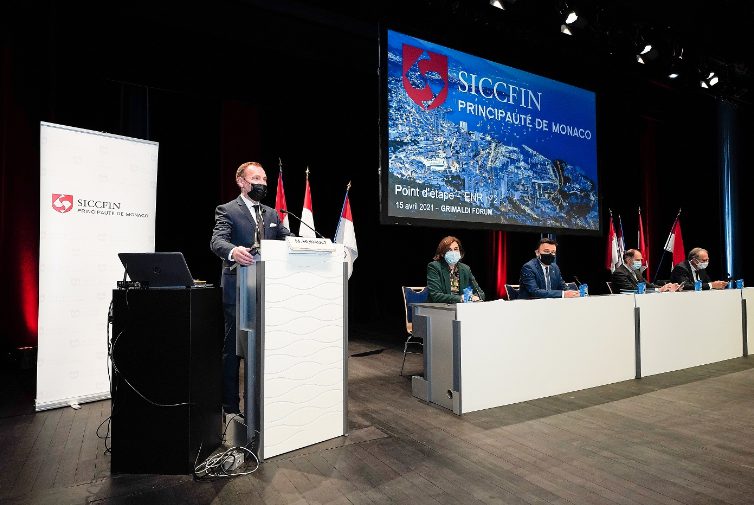 At the initiative of Mr. Michel Hunault, Director of SICCFIN and head of the Monegasque delegation to the MONEYVAL committee, a point of view stage of the work of ENR 2 in Monaco was held on April 15 at the Grimaldi Forum, in the presence in particular of Jean Castellini, Minister of Finance and the Economy, Stéphane Valeri, President of the National Council, and Robert Gelli, Secretary of State for Justice. The event brought together representatives of the public and private sectors and the main leaders of the Principality’s economic players.

In a press statement, the Government said that the meeting was evidence of all players in the Monegasque economy meeting the requirements of international standards, including FATF Recommendations and EU Directives in the fight against money laundering, the financing of terrorism and corruption.

The 2012 FATF Recommendations oblige countries to identify, assess and understand the money laundering and terrorist financing (AML/CFT) risks they face and to adapt their systems accordingly. When the risks of money laundering and terrorist financing are correctly understood, national authorities can then apply AML/CFT measures according to these risks. This risk-based approach is a central element of the FATF standards.

This progress report was also an opportunity to recall that the ENR will be followed by the dissemination of guidelines and practical guides, eagerly awaited by professionals, as well as the development of a national AML/CFT strategy. The many speakers representing the private sector insisted on the full commitment of professionals alongside the public authorities, within the framework of ENR 2 and the preparation of the MONEYVAL committee’s assessment.