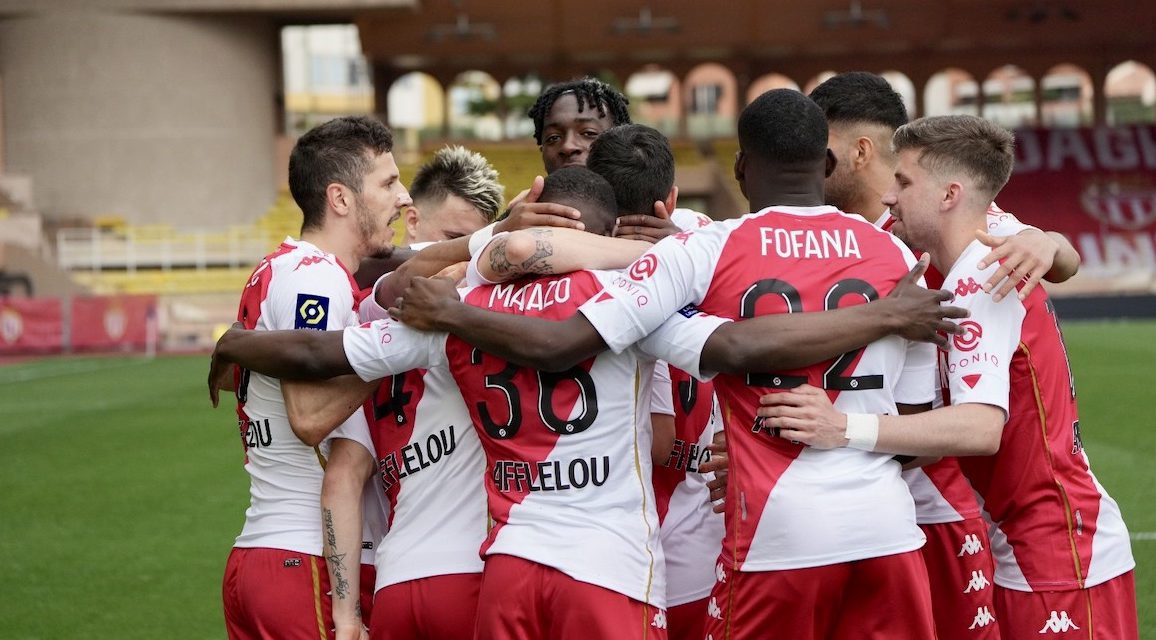 On Saturday, April 3 AS Monaco welcomed FC Metz to the Stade Louis II for a midday Ligue 1 clash. To face Metz, Monaco head coach Niko Kovac opted for a fresh 4-2-3-1 formation, with Stevan Jovetić acting as the sole striker up front.

Monaco took control of the match in the minutes following kick-off, and would go on to retain most of the possession in the first half. Despite their early dominance, Monaco were unable to get the ball past Metz goalie Marc-Aurèle Caillard, who happens to be another successful graduate of the AS Monaco Academy.

Metz also managed to get some shots off, but an attentive Benjamin Lecomte guarded the Principality’s posts well. As the players returned to the locker rooms at the end of the first 45 minutes, the scoreline remained empty.

However, the second half would see red and white fireworks. Minutes after kick-off, the Monegasques made for the Metz goal, and Jovetić was found in a dangerous place. The Montenegrin striker missed but was fouled by the goalie, prompting a penalty for the hosts. It would be Cesc Fàbregas who would be trusted to convert the penalty, and so he did, bringing Monaco to 1-0 at the 50th minute.

Just two minutes later, Monaco’s Eliot Matazo picked out his teammate Kevin Volland in a highly opportune position. The German striker took a shot across the goal and into the back of the net, doubling Monaco’s score at the 52nd minute.

At the 64th and 67th minutes, Kovac substituted in Krepin Diatta, Wissam Ben Yedder and Gelson Martins. This decision would pay off quickly, as the fresh substitutes breathed new life into the match and overwhelmed their opponents. Just over 10 minutes later, team captain Ben Yedder signed his arrival with a powered strike under the Metz crossbar. At the 77th minute, Monaco had built up a 3-0 lead over their visitors.

Minutes later, Martins was fouled by Metz’ John Boye, who was subsequently sent off for his double booking. This late tango resulted in another penalty for the red and whites, who seemed to not be satisfied with the scoreline just yet. Keen to get another one in the back of the net, Ben Yedder stepped up to the spot. The French international did what he does best and put the ball past the opposing goalie, bringing Monaco up to a tidy 4-0 lead at the 89th minute.

As a satisfied Monegasque side celebrated their third victory in four matches, they provisionally move up to third place in Ligue 1. Monaco will be facing off against Metz at the Stade Louis II again, on Tuesday, April 6 in the Coupe de France Round of 16.