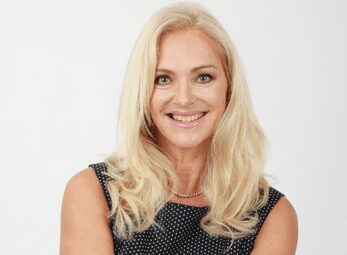 The Committee of Outward Bound Monaco has paid tribute to Judy, who worked tirelessly for the association over many years.

“It was with great sadness that we learnt that Judy Churchill passed away on March 17.

Judy was a founding member of Outward Bound Monaco and its General Secretary for 15 years. It was in large part due to her hard work and determination that the association was formed in 2004.

In the early days of the association, Judy organised local courses and events such as the tree planting at Piera Cave. She continued to serve on the committee until the end of 2019 and throughout her time as a committee member she was a fantastic fundraiser for the Association.

In particular, Judy devoted much time and effort to organising fundraising events such as the Palace dinners in the presence of our patron, Prince Albert.

She remained an enthusiastic supporter of Outward Bound at all times and the Association will always be grateful to her and count itself as fortunate to have had Judy as a committee member for so many years.”

St. Paul’s Church, where the funeral was held on Saturday, said: “We would like to take this opportunity to offer our condolences to her family and would ask you to remember her in your prayers.

Please also remember her family, including her daughter Suzanna; her son, Christopher; her sister Amanda; her mother Audrey; her father Anthony; and her partner Sergio.”