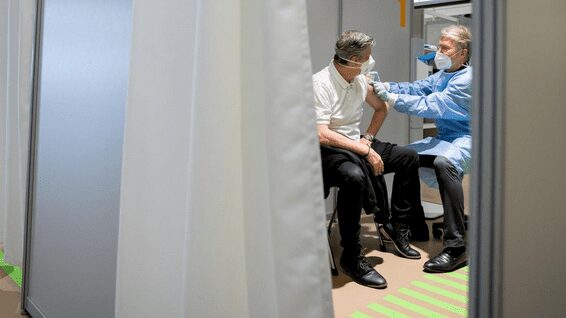 While Germany and France lag behind in the race to immunise their populations, barely hitting six percent while the UK is close to 26 percent, much of the blame for this situation lies at the door of President Macron of France and several leading German politicians who claimed that the much cheaper and easier to handle AstraZeneca vaccine was unsuitable for anyone over the age of 65, and as Macron implied, possibly for anyone over 60.

Since those accusations circulated, two things have happened. Reputable agencies including the World Health Organisation and the European Medicines Agency have said that based on clinical evidence AstraZeneca works well in all age groups. The second development is that large swaths of the European public have refused to take it.

Reports from Germany are rather alarming.

Nationwide, only 87,000 of the 736,800 AstraZeneca vaccine doses delivered to date have been used, according to Germany’s disease agency, the Robert Koch Institute (RKI), Deutsche Welle reported on February 20.

At Berlin Tegel, the former airport converted into a vaccination centre, fewer than 200 jab recipients are turning up daily out of more than 3,800 under 65s who have been invited to take the AstraZeneca jab. Across the country come reports of half-empty immunisation centres and staff with nothing to do – while infection rates rise and another lockdown looms.

Whether the European public is able to overcome an aversion to AstraZeneca will determing when the pandemic ends.