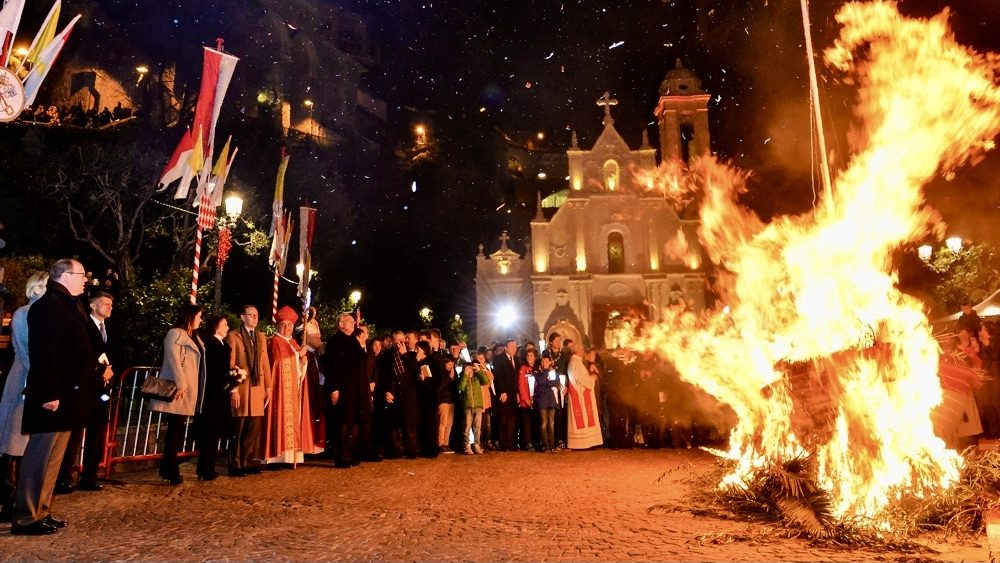 The celebrations of Saint Dévote, Patron Saint of Monaco, will take place on Tuesday January 26 and Wednesday January 27 January with a series of traditional events.

These celebrations bear witness to one of the oldest traditions of the Principality, permeating the national culture in fields as diverse as religion, folklore, popular beliefs, history, literature, the arts, painting, music, numismatics and even philately.

The Legend of Saint Devote as enshrined in a medieval document holds a privileged place in the heart of Monegasques. According to the legend, Devota (Devote), a young native Christian of Corsica, was martyred by the prefect Barbarus under the Emperors Diocletian and Maximian.

Her body was allegedly taken by the faithful during the night following her martyrdom and placed in a boat in order to be buried in Christian North Africa. However, contrary winds pushed the boat across the Mediterranean and it was in Monaco that she was buried in the so-called “Gaumates” vallon, on January 27 of the year 303 or 304.

Under Honoré II, in the XVIIth Century, Sainte Dévote became the official Patron Saint of Monaco. The tradition was established in the 1870s: each year, a boat on the stake is burned in the presence of the Sovereign, the Prince’s Family and many Monegasque personalities. On January 27, the feast day, a solemn mass is celebrated in the Cathedral by the Archbishop of Monaco and is attended by the Prince’s Family, ministers of the Government, elected representatives, other leaders of the community as well as many of the faithful.

Usually, at the end of the ceremony, a procession takes the direction of the Prince’s Palace with the reliquary containing the relics escorted by the Prince’s Carabinieri.

This year, due to the coronavirus crisis, this procession is replaced by a simple blessing on the forecourt of the Cathedral.

Good Morning Monaco will not be published on Wednesday, January 27, a national holiday in Monday.

No more cases of coronavirus at College Charles III