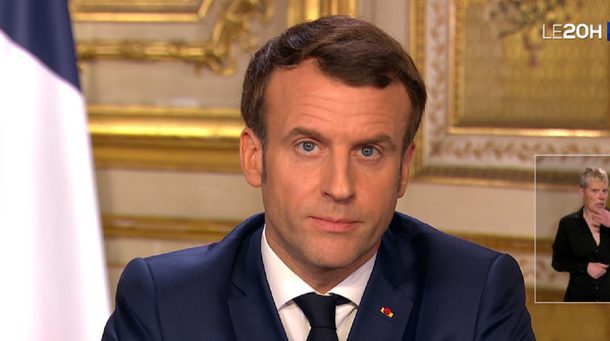 With an explosion in recent days of both new cases and deaths – more than 500 on Tuesday alone and a further 244 on Wednesday and 372 patients entering intensive care – the French president has announced a new lockdown in the hope of halting the upward curve. It will last until December 1.

Speaking on television at 20:00 on Wednesday the president said that the virus has been spreading much faster than the most pessimistic predictions, and the measures taken so far to combat the second wave have not been effective.

Emmanuel Macron has been swayed toward a more dramatic response than originally envisaged as the coronavirus caseload has risen to “brutal” new heights.

“We have been submerged by the wave of new infections.

“We are looking at the figure 9,000 of patients in intensive care by mid-November.

“My responsibility is to protect all French citizens.

He pointed out that many of the patients in intensive care are younger than 60.

Much of the president’s address was devoted to an attempt to persuade French citizens that there was no alternative to his plans.
From Friday, self-certification will be needed to leave the home. Bars and restaurants will close. Schools and colleges will remain open.

“The economy must continue to operate.” He promised financial help to small businesses.

He called for vigilance, the avoidance of social contacts and the strict use of social distancing and masks.

Monaco has so far resisted a move to curfew or lockdown.