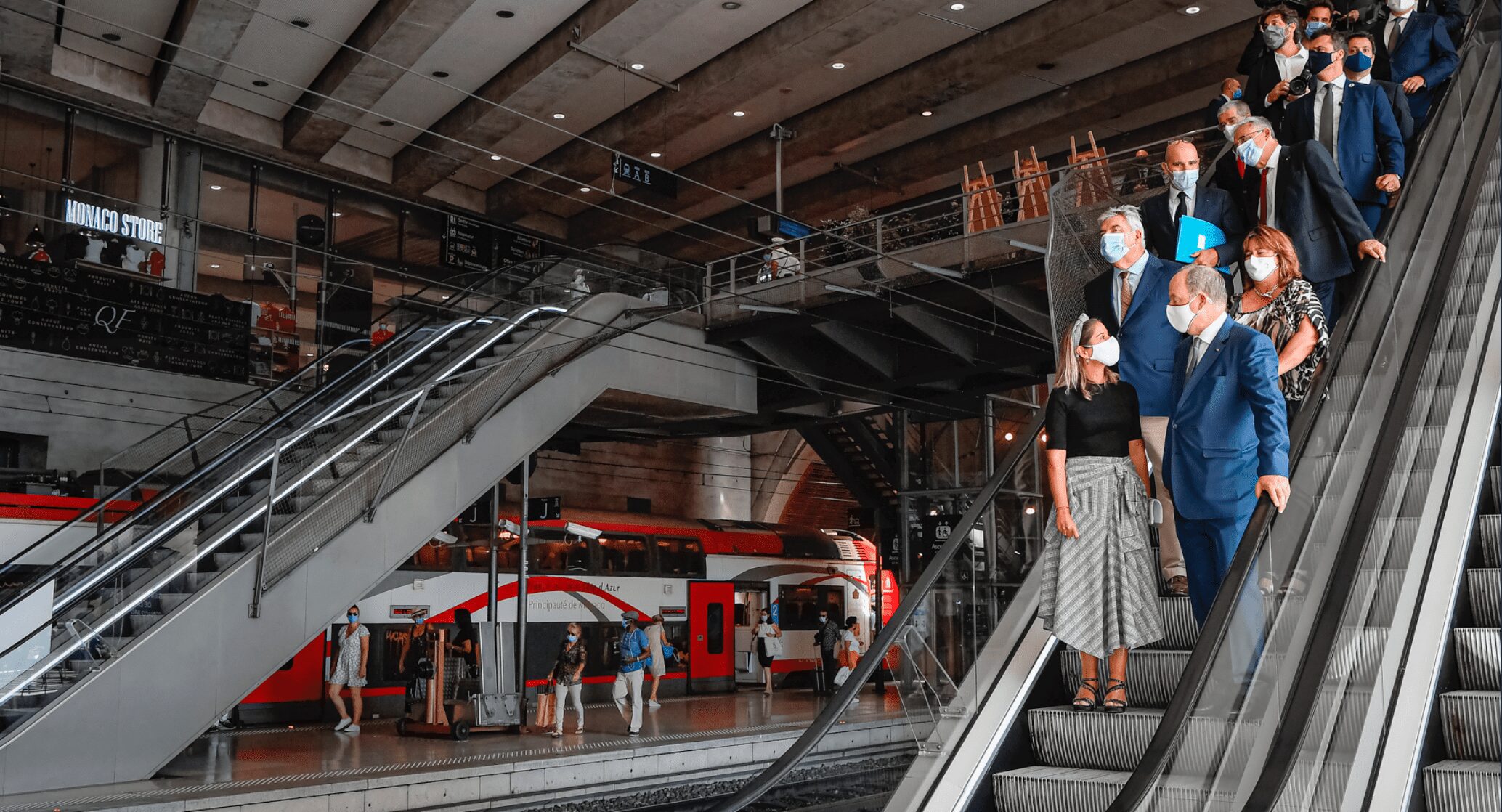 To mark this anniversary, HSH Prince Albert, Minister of State Pierre Dartout and other important individuals visited the station. On their way, the group discovered facilities that have recently been installed as part of the Principality’s eco-sustainable vision.

HSH Prince Albert recalled in his commemoration speech that “the Monaco-Monte-Carlo station is the main ‘gateway’ to the Principality because of its central location and its connection with other modes of travel,” adding that “At the dawn of the 21st century, and after 20 years of operation, the Monaco station remains today the illustration of a new concept of a modern station, technically and architecturally innovative. It includes all the necessary and essential arrangements to offer users a remarkable quality of service at all levels.”